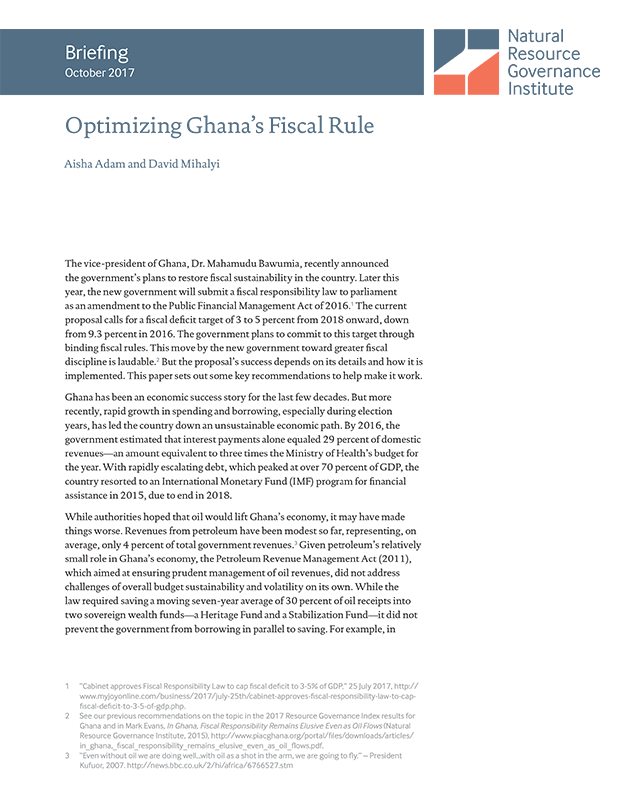 The vice president of Ghana, Dr. Mahamudu Bawumia, recently announced his government’s plans to restore fiscal sustainability in the country. The current proposal calls for a fiscal deficit target of 3 to 5 percent from 2018 onward. The government plans to commit to this target through binding fiscal rules and a set of amendments to the Public Financial Management Act.

This move by the new government toward greater fiscal discipline is laudable. But the proposal’s success depends on its details and how it is implemented. This NRGI policy brief sets out 11 recommendations to make the fiscal rule work for Ghana.