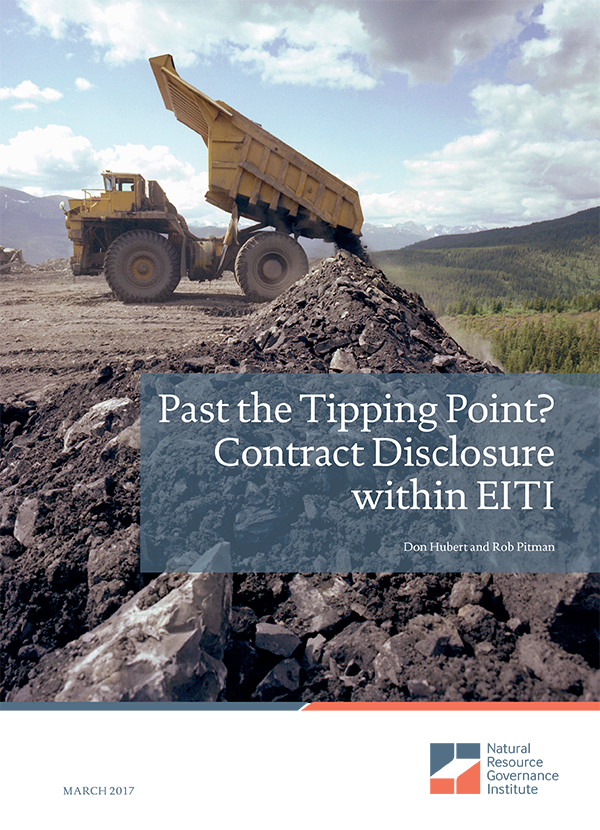 Four years after the Extractive Industries Transparency Initiative (EITI) began encouraging contract disclosure through its standard, Past the Tipping Point? assesses the extent to which governments of resource-rich countries have taken up the recommendation. The report finds that disclosing the contracts and licenses that detail terms of resource exploitation has become the norm among EITI implementing countries. Based on a review of 51 EITI implementing countries and one subnational region, the report’s authors find that 29 EITI implementing governments—well over half—have disclosed at least some of these agreements, and several more are taking concrete steps to join their ranks. (See this table for findings for each country including references and links to key documents.)

All EITI stakeholders—both national and international—can do more improve the scope and quality of contract and license disclosure. Here are some steps they can take.

Disclosure. Increase the number of contracts available to the public.
1. Target countries where laws and implementation do not match. 2. Put contract transparency on the agenda where it is ignored. 3. Increase knowledge sharing within the EITI community. 4. Improve the comprehensiveness of disclosure. 5. Confirm the number of contracts or licenses in the sector. 6. Encourage companies to embrace disclosure.