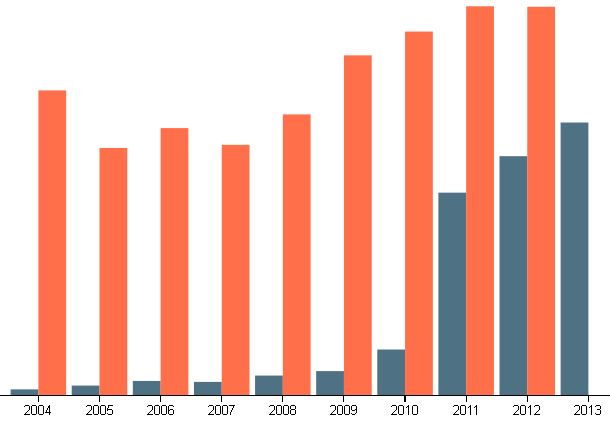 While the Extractive Industries Transparency Initiative (EITI) has successfully increased transparency in the extractive sector over the last 10 years, data from its reports are often underutilized by global and in-country actors. If this challenge is overcome, EITI reports could inform much more to policymaking and public debate, and thereby contribute to better governance and accountability in the oil, gas and mining sector.

One major barrier to using EITI data is the PDF format of most EITI reports. This makes it difficult to extract the data and conduct analysis. Open data formats like Excel or CSV can benefit all stakeholders by facilitating analysis that can answer pressing questions and potentially improve sector policies. Hopefully more countries will follow the example of Tanzania and Zambia in disclosing EITI data in Excel formats.

In the meantime, to make EITI data more accessible, NRGI has collected information from 223 EITI reports published by 37 countries up until February 2015.

The dataset includes the following tabs:

Visualizations and uses of the dataset

To encourage the use of EITI data, NRGI has created visualization tools based on the dataset. They help put extractive sector revenues in perspective, across countries and years. For example, the data tools compare extractive revenues with total government revenues, with the estimated value of production, and with the government’s overall spending on health, education, and aid receipts.

The visualizations are only a hint at what can be done with the data. The data can help answer other important questions, such as: How have changes in production and price affected revenue flows? Is the country becoming more or less resource dependent over time? What share of the production’s value is collected by the government as revenue? Did policy changes (such as reforming the fiscal regime or awarding new concessions) impact revenue inflows?

NRGI would like to thank Thomas Scurfield for his help in collecting the data.