Nationally owned resource companies should be accountable, with well-defined mandates and an objective of commercial and operational efficiency.

The creation of nationally owned resource companies can be a key component in a country’s strategy to harness the development potential of its sub-soil assets. Such entities may appeal for a number of reasons: to capture rent for the state in cases where taxation of private companies is considered insufficient; to facilitate transfer of technology and business practices to local companies; and to influence operational decision-making, such as support to the development of domestic linkages between the extractive sector and other industries. Each of these objectives can be appropriate in different country contexts—but not necessarily at the same time—and may involve trade-offs. Furthermore, the appropriate roles for a national resource company may change as the extractive sector and government institutions develop.

Despite these opportunities, national companies can pose a risk to a country if assigned inappropriate roles and governed poorly. At the extreme these companies can destroy rather than create value for citizens, a phenomenon of which there are many historical examples.

Decide on an operational role for the national company

Creating a national company to undertake these operational roles (such as exploration, development and production either by itself or within a joint venture partnership) can be beneficial if there is sufficient capability and good governance within a country. However, where either of these is lacking, national companies, through inefficiency or the self-interest of executives, may limit or even drain government revenues. Furthermore, there are opportunity costs when investing state capital in a national company, at the expense of other national objectives such as economic diversification.

Many of the benefits of private sector involvement rest on the assumption that the state can reasonably tax profits and regulate the behavior of private companies. If this is not the case, national companies may help enhance government expertise, acting as "windows to the industry". A national company can channel technical insight and information to government agencies, and foster talent to supply these governance functions.

National companies can also support the growth of domestic industry. Private and foreign extractive companies may benefit the national economy by sourcing local content and managing local social demands, but their operational decisions are based on their underlying profit motive—in this way, they may ignore the wider non-tax benefits (and costs) of extraction for the country. Regulation can address this by requiring private companies to promote local content, for instance. However, the government can direct a national company to promote these wider economic goals, by fostering domestic supply chains and pools of local talent, although such strategies may reduce the commercial efficiency of the nationally owned company. In the long run, the government should support and require the global competitiveness of local suppliers over time. Otherwise, low efficiency will reduce available revenues for the government.

Consider the governance roles of the national company

As with operational roles, the government must assign the governance roles of policymaking and regulation, such as tax collection, assignment of operating rights, monitoring, and the management of cadastres.

In making these choices the government must consider a trade-off between avoiding conflicts of interest and ensuring sufficient capacity to undertake each role. Given adequate government capacity, a national company with significant operational roles should be separate from governance roles in order to avoid conflicts of interest. In cases where a government institution lacks sufficient capacity, pooling scarce expertise and resources in one organization may be appropriate. However, the government should identify any resulting conflicts of interest and implement appropriate checks on national company behavior. This solution may be suitable in the short term, but the government should ensure that expertise gained from operational exposure is used to establish capacity in separate state institutions. Such an "exit plan" should be embedded in the make-up of any combined national organization to ensure that vested interests do not prevent a transfer of powers.

Where a nationally owned company is assigned a combined set of governance and operational roles, a system of checks and balances helps address the inevitable conflicts of interest. On the whole, company board members should be politically autonomous and appointed through open and competitive processes based on technical expertise. In choosing the number of government representatives to sit on the board, a trade-off should be considered. On the one hand, these representatives may provide the basis for company-government relations and prevent too much concentration of power in the national company; on the other hand, they may lack the time or technical expertise to devote to rigorous oversight, and may slow decision-making in the company.

The national company should face at least the same standards of disclosure that private companies do. The national company should maintain public accounts in accordance with international standards and subject to independent audit, and clearly identify any private ownership interests and related transactions. A particularly critical area for transparency is the sale of petroleum by national companies on behalf of the state. Disclosure should cover the amount of oil the company receives, and the price, grade, volume and date at which it is sold.

Finally, the legislature or appropriate oversight agency should conduct regular and systematic oversight of the national company. To allow the national resource company some freedom of action to pursue objectives efficiently, and to avoid the overly intrusive involvement of politicians or civil servants, the legislature or agency may oversee high-level decision-making, such as annual reviews of performance, rather than operational matters.

Manage the evolution of roles

The responsibilities of national companies may be reassigned as new challenges emerge and when companies’ capacity develops—for instance, from working as a holding company of state equity to joint operations with private companies. In the long run, the government should ensure that the national company’s state agent role is a means to an end—to build an effective set of government institutions, and/or promote a strong industry and operational talent. Where a national company continues to operate after this process, it should be commercially efficient. 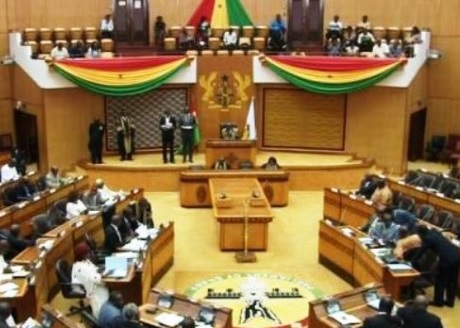 Overview of Online Resources on Extractives for Parliaments

P1
Precept 1: Strategy, consultation and institutions
Resource management should secure the greatest benefit for citizens through an inclusive and comprehensive national strategy, a clear legal framework, and competent institutions.
P2
Precept 2: Accountability and transparency
Resource governance requires decision makers to be accountable to an informed public.
P3
Precept 3: Exploration and license allocation
The government should encourage efficient exploration and production operations, and allocate rights transparently.
P4
Precept 4: Taxation
Tax regimes and contractual terms should enable the government to realize the full value of its resources consistent with attracting necessary investment, and should be robust to changing circumstances.
P5
Precept 5: Local effects
The government should pursue opportunities for local benefits, and account for, mitigate and offset the environmental and social costs of resource projects.
P7
Precept 7: Revenue distribution
The government should invest revenues to achieve optimal and equitable outcomes, for current and future generations.
P8
Precept 8: Revenue volatility
The government should smooth domestic spending of revenues to accommodate revenue volatility.
P9
Precept 9: Government spending
The government should use revenues as an opportunity to increase the efficiency of public spending at the national and sub-national levels.
P10
Precept 10: Private sector development
The government should facilitate private sector investments to diversify the economy and to engage in the extractive industry.
P11
Precept 11: Roles of international companies
Companies should commit to the highest environmental, social and human rights standards and contribute to sustainable development.
P12
Precept 12: Role of international community
Governments and international organizations should promote an upward harmonization of standards to support sustainable development.