The Swiss government appears ready to join the ranks of countries that require their oil, gas and mining companies to disclose payments to foreign governments—but the country’s enormous commodity trading industry may not be covered by a new law.

On 28 November, the Swiss Federal Council formally opened the public consultation on the revision of the Swiss stock corporation law. An important new provision would require companies to report on payments to governments in a manner that closely reflects similar directives passed by the European Union in 2013. 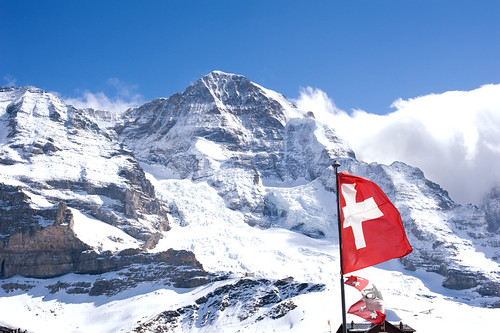 The laws are aimed at providing greater clarity on the natural resource revenues that governments around the world are receiving. This improved transparency will help citizens more easily demand that their governments use these public funds to fight poverty and create sustainable economic growth, rather than lose them to corruption or mismanagement which is sadly so often the case.

On the positive side, transparency advocates should commend Switzerland for taking a concrete step to reduce secrecy in the oil, gas and mining industries. The Swiss proposal contains many of the strong elements contained in the EU directives. These include the stipulation that all reports must be publicly available. The payment data must be broken down by individual project, with each project defined on the basis of the legal or contractual relationship between the company and the government. This could be on the basis of one contract such as a Production Sharing Contract, or on the basis of multiple contracts which are closely linked such as a number of mining concessions and licenses which cover the activities related to a single mine. The draft law also avoids the creation of unnecessary exemptions, and sets a reasonable payment threshold of 120,000 Swiss francs (If a single payment to a government is below this amount, the company will not need to report that payment.).

By aligning with the European Union (despite having no legal obligation to do so) on these key issues, Swiss legislators are sending a strong signal to the United States (where the Securities and Exchange Commission is weighing how to implement the relevant US law following a legal challenge), Canada (where a new law has just been passed, but where key decisions still need to be made on implementation) and other countries like Australia which are yet to legislate in this area. Neither reporting companies nor the users of information would benefit from the emergence of misaligned reporting standards across jurisdictions.

However, Switzerland’s draft law misses a few key elements of the EU legislation and the implementing laws being put in place by EU member states. The reports may only be available on company websites. The final law should reflect good open data practices, and ensure that all reports are filed in an open data format in a central repository that can link with other repositories. This is important: companies undergo mergers and acquisitions or cease to exist altogether; a central repository would ensure reports remain available. The UK law which came into force on 1 December 2014 implementing one of the EU directives will require the centralized submission of all reports to the UK’s companies registrar (“Companies House”), and the reports will be available in an open data format. Also, unlike the EU legislation and Canada’s new law, Switzerland’s version does not yet include an equivalency mechanism whereby a report from another jurisdiction could automatically be deemed as equivalent to requirements under the Swiss law.

The language of the current draft signals that Switzerland may miss a critical opportunity to substantially improve extractive sector transparency. The draft law indicates a willingness to include commodity trading payments (in addition to conventional upstream payments) in such legislation and the law provides an easy mechanism to do this, but only if other jurisdictions do the same. However, as the home to trading giants like Vitol, Glencore, Trafigura, Mercuria and Gunvor, as well as a slew of smaller players, Switzerland is by far best placed to make the first move. Research released by NRGI, the Berne Declaration and SWISSAID in July demonstrated the enormous scale of the payments made to African governments by Swiss traders. In the 2011-2013 period, Swiss traders bought oil worth over $55 billion dollars from governments and state-owned companies in Africa’s ten largest oil exporting countries. These payments would remain secret under the proposed legislation, meaning that citizens in those countries would have no idea how much money their governments should be managing on their behalf.

If the Swiss regulations leave out trading, their actual impact on transparency will be limited. A number of the large Swiss companies that engage in upstream exploration and production of petroleum and minerals, such as Vitol or Glencore, are already covered by the EU legislation—Vitol due to its holding company registered in the Netherlands and Glencore due to its listing on the London Stock Exchange. Including trading activities would be the game-changer in a new Swiss law.

The time is right for Swiss lawmakers to include trading now, rather than waiting and revising the law later. The practice of disclosing trading payments has already gained legitimacy. The Extractive Industries Transparency Initiative (EITI) now requires this kind of reporting from its implementing countries. Trafigura, one of the world's largest oil traders, has agreed to disclose data on payments to state-owned companies and governments in countries that implement the EITI, which should reassure other traders of the commercial viability of the practice. In several policy documents, the Swiss government has acknowledged the value of increasing transparency in the commodity sector, and it has a great chance to realize that transparency through this legislation.

Oil and Mining Transparency Gets a Second Date with the SEC