How One DRC Community Engaged with Multinational Miners

As the Democratic Republic of Congo mining sector was liberalized over the past decade, private capital flooded in.

Understanding the complex sector and the roles diverse stakeholders would play in it became a pressing need. My organization, L’Action pour la Défense des Droits Humains (ADDH), or Action for the Defense of Human Rights, was born out of developing a local response to the influx of foreign investment. Kolwezi, ADDH’s home in Lualaba Province, is a mining town. Nearly 30 companies operate there. 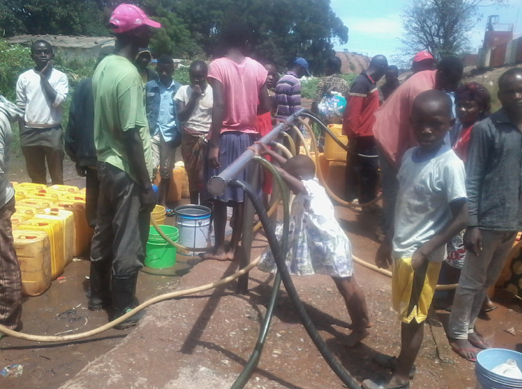 This well supplies the communities surrounding the Sicomines project.

In examining the extractives sector, ADDH and Kolwezi’s citizens face a significant knowledge gap: there are no academic or school programs on mineral resources governance in the DRC.

For ADDH to become an effective actor of meaningful change, expert training was an urgent input.

During the training, I focused on the legal and contractual obligations of companies and their often intense interactions with communities affected by their activities.

NRGI financially and technically supported ADDH efforts to monitor the corporate social responsibility obligations of Kamoto Copper Company (KCC) and Sino Congolaise des Mines (Sicomines). KCC is 75-percent held by Glencore, while Sicomines is 68 percent owned by Chinese companies. Both operate in Kolwezi, and with NRGI help, ADDH released a report evaluating the benefits the community saw as a result of extractives activities.

Before our immersion with NRGI, which gave us a deep understanding of data analysis and methodologies, it was difficult to analyze or conduct a study robust enough to draw the attention of certain stakeholders, particularly mining companies. The NRGI training enabled me to carry out close research of these two companies and their activities and established me as an authority on the issue. I often field local media requests and have 12 consultancies.

KCC’s board chairman, legal advisor and community development department manager welcomed us to discuss the report’s conclusions. This was significant: the company had previously brushed off meetings with us. In our region, companies take meetings with international nongovernmental organizations. KCC and Sicomines directors sent us responses to the report’s recommendations, surprising our organization’s members. ADDH was, for the first time, being seen as a peer group worth hearing out—a legitimate interlocutor for the community impacted by mining.

Two days after ADDH visited KCC, a Luilu community delegation impacted by the KCC project visited the miner. During that meeting, in an abrupt shift from previous experience, KCC expressed interest in the needs of the communities impacted by its project. The move was apparently prompted by the earlier KCC and ADDH meeting.

A community consultation also resulted in KCC promising to finalize an uncompleted well project, which was documented in our report on corporate social responsibility obligations toward the Liulu and Tshamundenda communities, with populations of 24,300 and 16,700, respectively. As a result of civil society lobbying, Sicomines also built a multi-purpose road in Kapata City, a community impacted by its project.

Our perception is that after NRGI training and subsequent action, Sicomines and KCC have a different perception of local NGOs’ competencies. 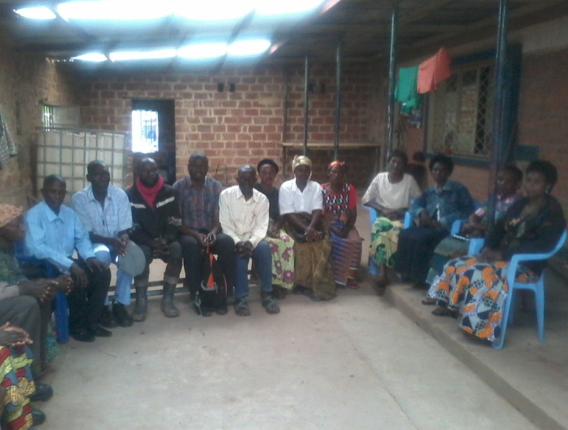 ADDH also had the opportunity to present its report to key decisionmakers. I visited the country’s capital, Kinshasa, and presented report recommendations to national authorities, advocating for better monitoring of companies’ local commitments. I met the manager of the Department for the Protection of the Mining Environment (DPEM) at the Ministry of Mines, the EITI technical secretariat and GIZ.

During the implementation of the project, we interviewed 209 persons—62 women and 147 men—from state services, local communities and companies. We held a stakeholder data validation workshop with 42 persons coming from provincial government and local authorities, NGOs, local community leaders and journalists.

Daudet Kitwa Kalume is a coordinator at L’Action pour la Défense des Droits Humains (ADDH), or Action for the Defense of Human Rights.