Free, Prior and Informed Consent: A Moot Point

On April 30, Publish What You Pay (PWYP) coalition partners in Southeast Asia launched the Civil Society Organization (CSO) Technical Working Group, a team organized at the most recent PWYP conference in Manila to carry out a plan to integrate free, prior and informed consent (FPIC) into national policies in the region. 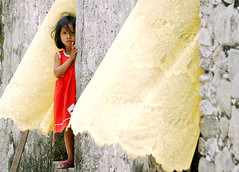 An important but little understood tool in the transparency arena, FPIC is a body of rights that enable local community members to challenge activities, projects or policies that have the potential to impact their lives or livelihoods. Protecting indigenous peoples’ rights, a 2007 United Nations declaration recognized FPIC as part and parcel to cultural rights, property rights and the right to self-determination.

In the Philippines, FPIC is closely linked with the Indigenous Peoples’ Rights Act of 1997 (IPRA), but poor implementation of the law has led to problems that put many indigenous people in a weak position.

At a March conference in Manila, Datu Eduardo “Ed” Banda of the National Federation of Indigenous Peoples of the Philippines led a debate on the complexity that surrounds FPIC. Participants argued that government officials don't sufficiently understand FPIC, resulting in information gaps that make indigenous peoples vulnerable governments and companies that fail to recognize their rights. Without strong implementation of IPRA, tribal chiefs are sometimes pressured by companies to make decisions that do not benefit the community. Even the National Commission for Indigenous People, a government body established to protect indigenous peoples' rights, has been accused of ignoring customary laws.

All of these challenges have prevented citizens from fully realizing the benefits of natural resources and resource revenues. The FPIC mandates that companies consult with indigenous peoples before mining activity can take place, but often, they hold a consultation simply to put a checkmark on the list, instead of accommodating the needs and concerns of the community.

At the close of the debate, Sir Ronald Allan of Bantay Kita helped participants identify areas where FPIC is poorly integrated into national law. Setting ambitious targets, they agreed that by 2016, at least five countries in the Asia-Pacific region would have integrated FPIC principles and standards into their national and subnational policy frameworks, referencing the United Nations’ 1948 Universal Declaration of Human Rights, Technical assistance will come from a number of organizations, including the Revenue Watch Institute – Natural Resource Charter, the World Bank, the United States Agency for International Development, Australia’s Department of Foreign Affairs and Trade, the Extractive Industries Transparency Initiative and PWYP International.

Carolus Tuah is the executive director of Pokja 30, a PWYP Indonesia member.