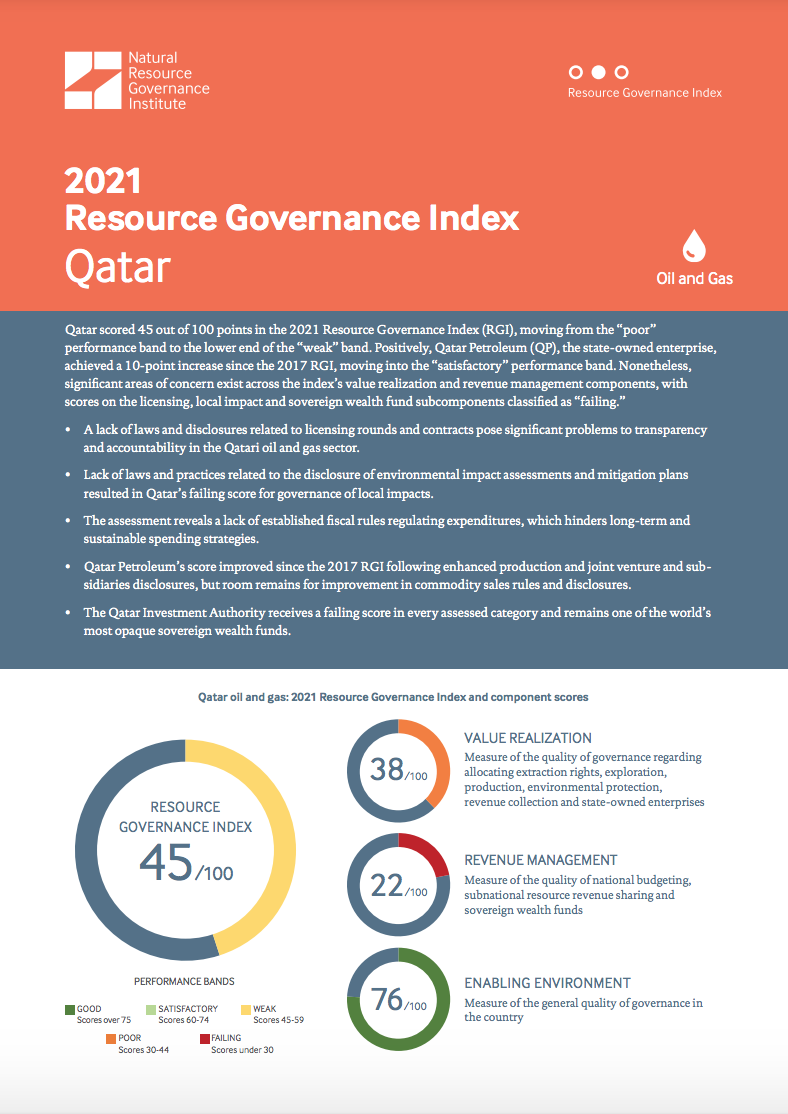 Qatar scored 45 out of 100 points in the 2021 Resource Governance Index (RGI), moving from the “poor” performance band to the lower end of the “weak” band. Positively, Qatar Petroleum (QP), the state-owned enterprise, achieved a 10-point increase since the 2017 RGI, moving into the “satisfactory” performance band. Nonetheless, significant areas of concern exist across the index’s value realization and revenue management components, with scores on the licensing, local impact and sovereign wealth fund subcomponents classified as “failing.” The 2021 RGI assesses how 18 resource-rich countries govern their oil, gas and mineral wealth. The index composite score is made up of three components. Two measure key characteristics of the extractives sector – value realization and revenue management – and a third captures the broader context of governance — the enabling environment. These three overarching dimensions of governance consist of 14 subcomponents, which comprise 51 indicators, which are calculated by aggregating 136 questions. For more information on the index and how it was constructed, review the RGI Method Paper.