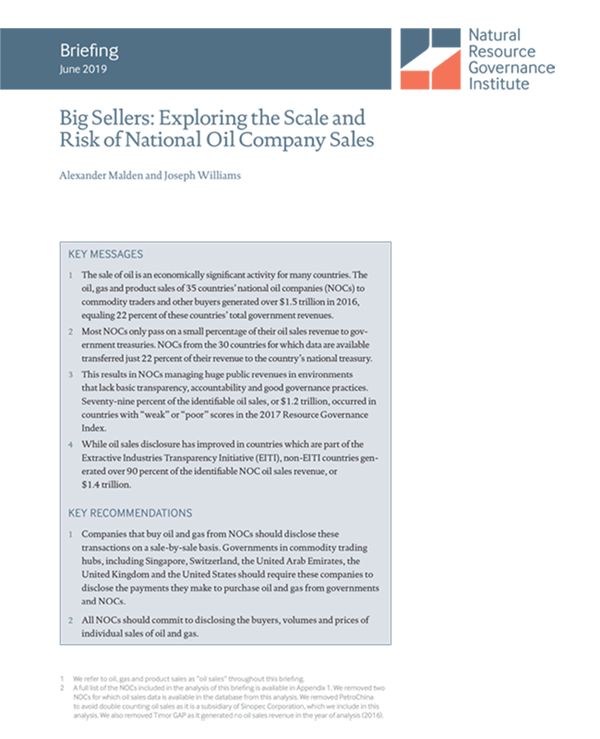 In many oil-producing countries, the national oil company (NOC) sells vast quantities of the state’s oil and gas. The sale of a state’s non-renewable natural resource endowment is often a revenue stream that can have a significant impact on a country’s national budget and the state’s ability to fulfil its national development priorities. It is important therefore that citizens are able to assess the performance of their NOCs, who they sell state assets to, under what terms they sell them and what they do with the resulting sales revenue.

In this briefing the authors use data from NRGI’s new National Oil Company database to examine the governance and corruption risks posed by NOC’s oil sales activities. Using this newly compiled data including over $1.5 trillion in oil sales from 39 NOCs in 35 countries, they found that:

This briefing also presents case studies from the Republic of Congo, Nigeria and Ecuador of ways oil sales data, where available, has been used to scrutinize NOCs’ commercial performance and to hold them accountable for the revenue generated when selling the state’s oil. 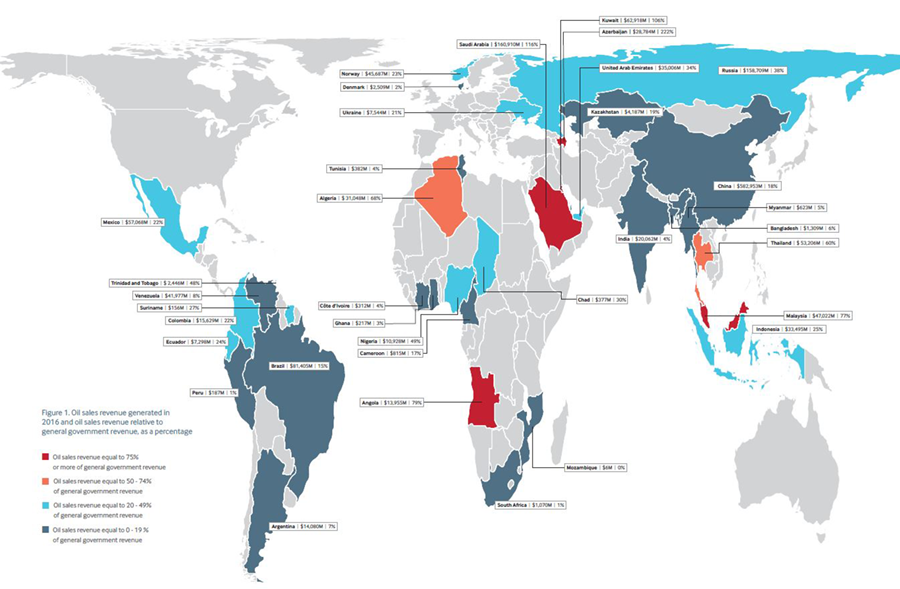 Greater transparency on oil sales would begin to mitigate risks related to the selection of buyers, negotiation of the terms of the sale and the transfer of revenues from the NOC to the state treasury. Given the need for greater transparency, the briefing concludes with the following recommendations: