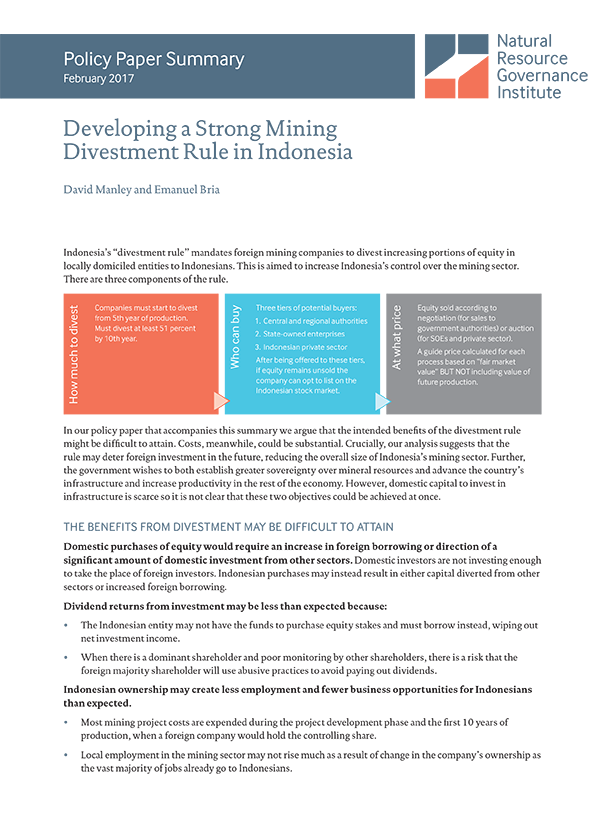 As in many countries, the Indonesian government wishes to establish greater sovereignty over the country’s mineral resources. However, the government has so far struggled to realize a policy that works for both the country and investors. The key part of government efforts to exert greater sovereignty over the mining sector is the “divestment rule,” which mandates that foreign mining companies divest increasing portions of equity to Indonesian government authorities, state-owned enterprises and companies.

This policy paper evaluates costs and benefits of the divestment rule for Indonesia and provides eight recommendations to the government:

Recommendation 1: Consider eliminating the divestment rule and explore other approaches to a state-led mining sector.

Recommendation 4: Establish clearer rules for negotiation and auction processes, and designate a third party to administer the processes.

Recommendation 6: Allow companies the option to sell via an initial public offering.

Recommendation 7: Reconsider and further define the approach to valuing equity.