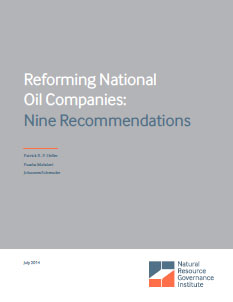 Some national oil companies (NOCs) have contributed heavily to successful efforts to harness benefits from the oil sector and drive broader national development. In other cases, however, NOCs have become inefficient managers of national resources, obstacles to private investment, drains on public coffers, or sources of patronage and corruption. As such, NOC reform—incremental in some cases, fundamental in others—lies at or near the top of the policy agendas of many oil-rich countries.

Building on existing literature, we surveyed 12 NOCs from diverse geographical and operational contexts to distill practical steps that policy-makers can take to make their countries' NOCs more effective and more accountable—to governments and to citizens. Our recommendations can be seen in both the executive summary and the full report.

The report's recommendations are based on the experiences of the following national oil companies:

The nine recommendations for companies and the authorities who oversee them— described in detail in the report—are: