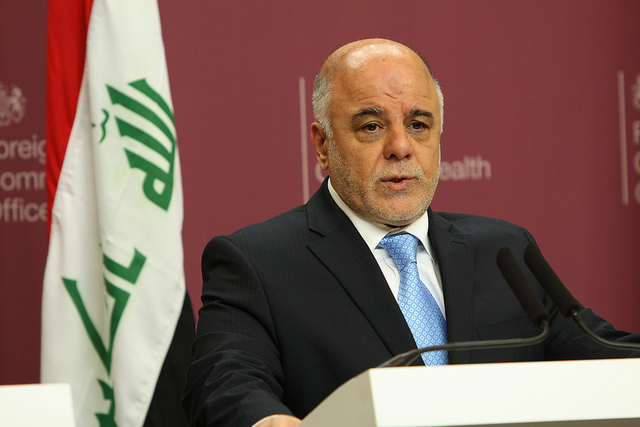 Today, amidst a surge in suicide bombings, Abadi is grappling with sectarianism and struggling to reform a political system beleaguered by corruption. His latest effort was a contested cabinet reshuffle aimed at depoliticizing governance. Such reform was proven all the more necessary by Unaoil—and the oil sector is usually considered the last bastion of sound management in Iraq.

Abadi faces opposition to reforms from hardliners within his Shi’a constituency who have everything to lose from the changes he seeks. These reforms, embodied in a bold seven-point plan, seek to dismantle portions of the government, reduce bureaucratic waste and corruption, and do away with sectarian quotas that have mandated power-sharing at the highest level of government between Iraq’s three major ethno-religious groups. Abadi’s overall inability, despite some effort, to effect these reforms has threatened his support from Shi’a generally and the marja’iyya, the highly influential Shi’a clerical establishment. The cash crisis caused by falling oil prices and Iraq’s contracting revenues overlay this turbulent context. Iraqi oil production has grown steadily since 2010, reaching a peak of 4.4 million barrels per day at the end of 2015. With prices tumbling, however, the central government is struggling to cover $4 billion per month in salaries and pensions. Increased defense spending on the state’s war on ISIS is another strain on the budget. With a $25 billion budget deficit expected, the government is now dipping into its $53 billion in foreign reserves to meet payroll obligations. (Reserves are expected to fall to $43 billion this year.) A possible devaluation of the currency will increase the cost of living—this risks creating further disaffection among Iraqis already protesting electricity shortages and corruption.

Meanwhile, the Kurdistan Regional Government is facing a fiscal challenge with direct implications for its economic viability and long-term stability. The KRG is reportedly $16 billion in debt, with $4 billion alone owed to foreign oil companies. Public sector salaries—months overdue—have been slashed. This is important because the government is a major employer and the KRG has no other sizeable revenue sources aside from hydrocarbons. The KRG has traditionally benefited from a 17 percent budget allocation from Baghdad, transfers that represent about 80 percent of the region’s budget. (This is supplemented by autonomous oil exports, taxes, custom duties and local fees.) This allocation, representing almost $1.1 billion payments per month, was halted because of Baghdad’s objection to independent KRG exports through a pipeline to Turkey. Resumption of independent exports by the KRG only brought in about $330 million in January, barely enough to cover payroll.

Iraq operates with no oil stabilization and sovereign wealth fund to provide a useful financial buffer and mitigate the effects of oil price volatility. Years of poor budgeting; fiscal mismanagement and entrenched corruption; a bloated payroll; fuel, food and electricity subsidies; and the cost of a sectarian power-sharing/patronage system have resulted in reinforced dependence on oil and little incentive to build strong institutions or to diversify economically.

The oil crisis has highlighted these dysfunctions. Iraqis have decried entrenched structures of abuse and regulated corruption, a lack of equitable distribution of resources and failure to provide basic services. This discontent fueled Abadi’s initial attempts to initiate reforms and dismantle channels of kleptocracy.

However, the balance of power is titling against the Abadi government, with the politicization of protests and intensifying partisan alignments. And in the current fiscal environment, the question of responsible resource governance has become even more prominent. Abadi must imbue the political discourse with the urgency of reform and fiscal responsibility.

Today, in this low-price context, there are two possible outcomes: either Iraq risks bankruptcy, or engages in a true reform process aimed at rehabilitating resource governance and undoing the very sectarian patronage system that put Abadi in power. How far is he willing to go to chart a path to economic stability?