The coronavirus pandemic has shocked many extractive industry supplier markets. Lockdowns, quarantines and social distancing practices are driving up supplier costs just as global plunges in the prices of most commodities are causing operators to slash spending by as much as 25 percent in the petroleum sector and 20 percent in mining.

These shocks come at an already difficult time. Many suppliers—particularly those in the petroleum sector—never fully recovered from the 2014 downturn. Bankruptcies are on the rise. In the offshore drilling sector, casualties already include Valaris, the largest offshore driller by fleet size, as well as Noble Corporation and Diamond Offshore Drilling. With $66 billion of debt weighing on the oilfield services sector alone, many more extractive industry suppliers will likely go under.

Rystad Energy, an energy consultancy, predicts that structural change in many supplier markets is inevitable. The result could be fewer competitors and less supply, partly because of company failures and mergers , but also as a result of restructuring efforts aimed at eliminating oversupply. Solstad Offshore, for example, is looking to dispose of 37 older vessels as part of a restructuring plan, shrinking its fleet by over 25 percent.

As this happens, supplier workforces are being reshaped by job cuts, automation and a shift to technologies that replace onsite labor with remote work. The world’s largest oilfield services company, Schlumberger, is shedding 21,000 jobs or one-fifth of its total workforce, just as it has increased remote drilling support by 25 percent.

In the mining sector, an IISD employment risk analysis shows that suppliers are most at risk of losing jobs at each step of the value chain. Service providers ABB and FLSmidth have signaled that changes similar to those in oil services are afoot. 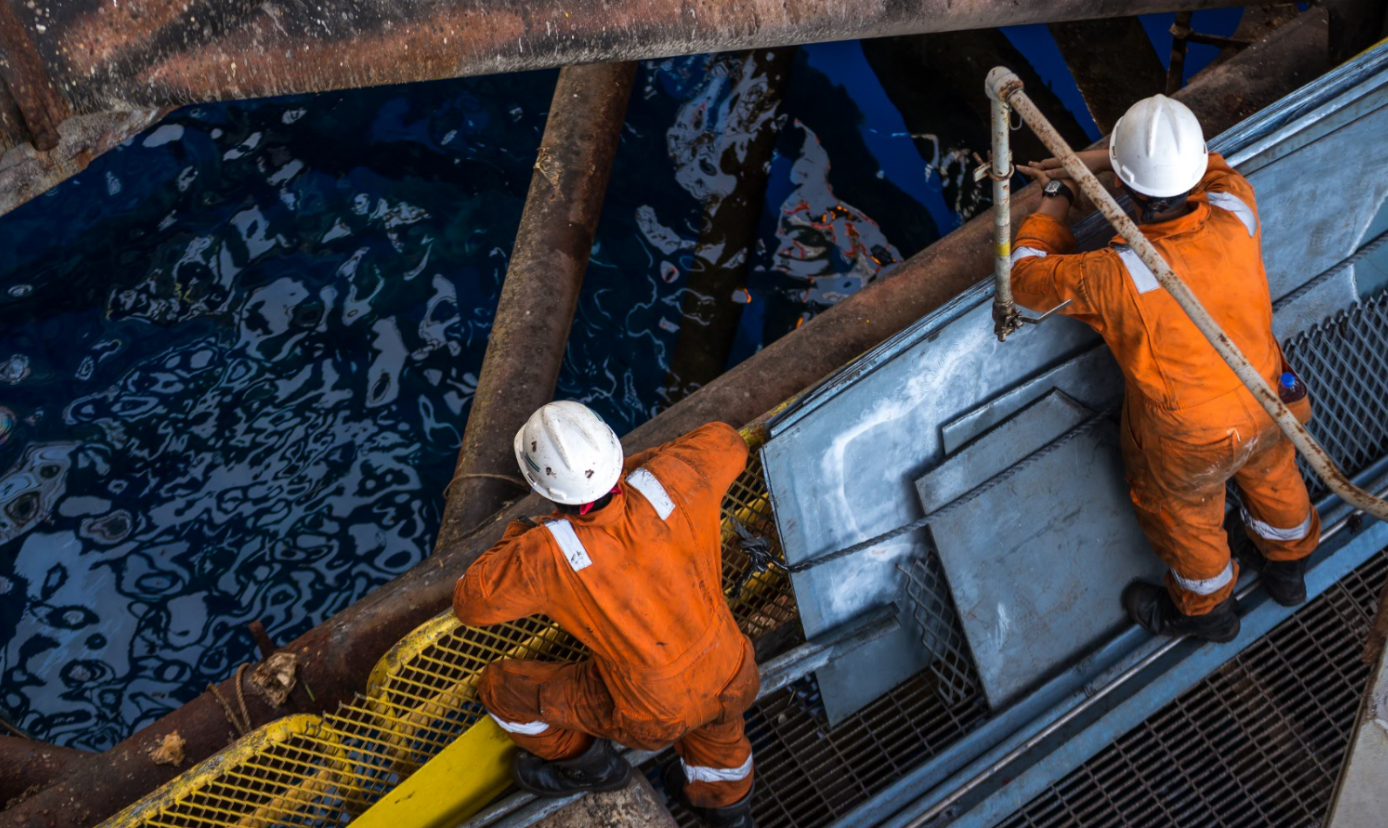 While investors are paying close attention to the financial consequences of these changes, few are considering the possible impacts on governments and citizens of resource-rich countries. Yet Kaisa Toroskainen and I argue in a new report that supplier governance strongly influences the ability of nations and communities to benefit from oil, gas and mining projects, and is central to securing a “social license to operate.” The pandemic may influence these dynamics in four ways.

Costs. Two downturns in quick succession have forced suppliers to reduce their prices. But experience suggests that when commodity prices bounce back, suppliers will charge more again: to take just one example, between 2004 and 2014, offshore rig rates for floating units swelled from $90,000 to $540,000 per day. With bankruptcies removing competition, it is possible that those firms that survive this downturn will have greater ability to control prices than their predecessors. Preventing runaway costs is key for citizens to benefit from future oil, gas and mining projects.

Tax revenues. Supplier cost inflation eats into project profits which are taxed by governments in producing countries; this is usually the largest benefit stream of natural resource extraction for those governments. This would be less of a worry if governments could also easily tax project supply chains but taxing suppliers is difficult. In particular, authorities in resource-rich countries struggle to assert tax jurisdiction or even identify the tax base for supplier work, much of which is cross-border, short-term and intangible.

Local procurement. Many operators recognize that protection of local supply chains is essential to inure project operations to future global shocks. Anglo American, BHP, Nornickel and others have announced initiatives to increase support for their domestic suppliers as a result of the pandemic. But running counter to these efforts, the ongoing wave of automation and remote technologies likely signals fewer of the low- and mid-skilled jobs that account for a large portion of local procurement spending. Local suppliers will have to adapt to these new realities if they are to continue to benefit from extractive industries projects.

Corruption and mismanagement. Major scandals such as Lava Jato and Unaoil demonstrate that supplier contracts were already a major node for extractive industries corruption before the pandemic. But faced with dwindling demand, some suppliers may employ illicit means to secure increasingly vital contracts, raising ethical concerns. Moreover, Rystad warns that the loss of many hard-to-replace skilled and experienced employees in supplier layoffs could leave some firms with reduced capacity to identify and manage operational risks when demand returns, increasing the likelihood of quality, health, safety and environmental problems.

Despite the high stakes, extractive industry suppliers have largely been left out of global efforts to improve sector governance. As my colleague Alexandra Gillies notes in her new book on oil corruption, most of the attention has instead focused on the upstream operators, like ExxonMobil, Rio Tinto or Gazprom, that make oil, gas and mining deals with governments. Regulations requiring extractive industry transparency in the EU and elsewhere do not address suppliers. Nor does the Extractive Industries Transparency Initiative (EITI), a global standard to promote the open and accountable management of oil, gas and mineral resources, now implemented by over 50 countries.

Given the multiple uncertainties and knowledge gaps surrounding extractive industry suppliers, improving transparency is a necessary first step. Some individual governments and companies already recognize that supplier governance is an important issue and are taking steps of their own. These initiatives set valuable precedents that others can build on to advance supplier transparency. But many stakeholders will have to coordinate to make these disclosures more widespread, consistent and useful.

To progress, all involved in the extractive industries—citizens, governments, companies and suppliers themselves—must engage on supplier governance just as they have on other important issues like contracts, payments to governments and commodity trading. Multi-stakeholder initiatives like the EITI or the OECD policy dialogue on natural resource-based development are well placed to facilitate these conversations.

As supplier markets regroup in the wake of this unprecedented shock, we must all work to ensure that the new extractive supplier landscape features clear considerations of the public interest.