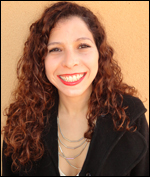 Social Sharing
Prior to rejoining the NRGI Middle East and North Africa team, Hanen was a projects manager with BBC Media Action North Africa, where she was responsible for Libya operations. Hanen previously worked for NRGI as Tunisia associate, where she led the civil society capacity building and grantmaking efforts and contributed to the design and implementation of NRGI’s media training programs. She also worked with Tunisia’s first English newspaper, Tunisia Live, where she was a reporter for the website and a fixer for international media. She wrote about human and women’s rights in Tunisia for international media outlets such as Al Jazeera English and Vice.

Hanen is a recipient of the U.K. government-funded Chevening Scholarship, through which she gained a Master of Science with distinction from Durham University in defense development and diplomacy. She was also a recipient of the U.S. Department of State MEPI Tomorrow’s Leaders scholarship and holds a bachelor’s degree with honors from the American University of Beirut, where she majored in political studies and minored in translation. Hanen also holds a Ph.D. in politics and international relations from the University of Nottingham.

As Contracts are Published in Lebanon, Civil Society Coalition Aims to Further Transparency

Uncovering the Impacts of Phosphate Mining on Tunisian Women