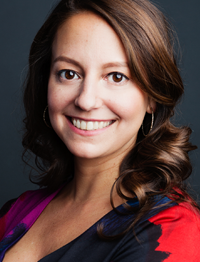 Suneeta joined NRGI’s predecessor organization, the Revenue Watch Institute (RWI) in 2009 as the deputy director overseeing regional and country engagements across Africa, Asia-Pacific, Eurasia, Latin America, and the Middle East and North Africa. Following the merger between RWI and the Natural Resource Charter in 2013, Suneeta became NRGI’s chief operating officer, responsible for ensuring the strategic plan was relevant to the changing context, continually adapted to reflect internal and field learning and responded to demand. In close collaboration with the leadership team, she ensured the translation of the strategy into innovative, effective thematic and regional programs that furthered NRGI’s mission. Overseeing and in partnership with NRGI’s management team, Suneeta was responsible for institutional effectiveness and sustainability. In February 2020, Suneeta was appointed Interim president and chief executive officer.

Suneeta serves on the international board of directors of The International Center for Not-For-Profit Law, which seeks a legal environment that strengthens civil society, advances the freedoms of association and assembly, fosters philanthropy and enables public participation around the world. She was formerly the first female civil society chair of the Open Government Partnership, an initiative of over 75 countries in which governments and civil society work together to advance transparency, accountability and citizen participation, and she served on the steering committee for eight years. Suneeta served as the chair of the global council of Publish What You Pay, a civil society movement of more than 800 organizations working to improve natural resource governance. She is also a founding board member of Roots of Health, a local NGO focused on improving the health of women and girls, and their communities, in Puerto Princesa, Palawan, in the Philippines.

Suneeta holds a master’s in international affairs from the School of International and Public Affairs at Columbia University, and a bachelor of arts from Duke University, where she was a Hart Leadership Fellow.

Lessons from Lima: What can OGP Learn from EITI?

Three Years Too Many: Ilgar Mammadov and a Crossroads in Azerbaijan