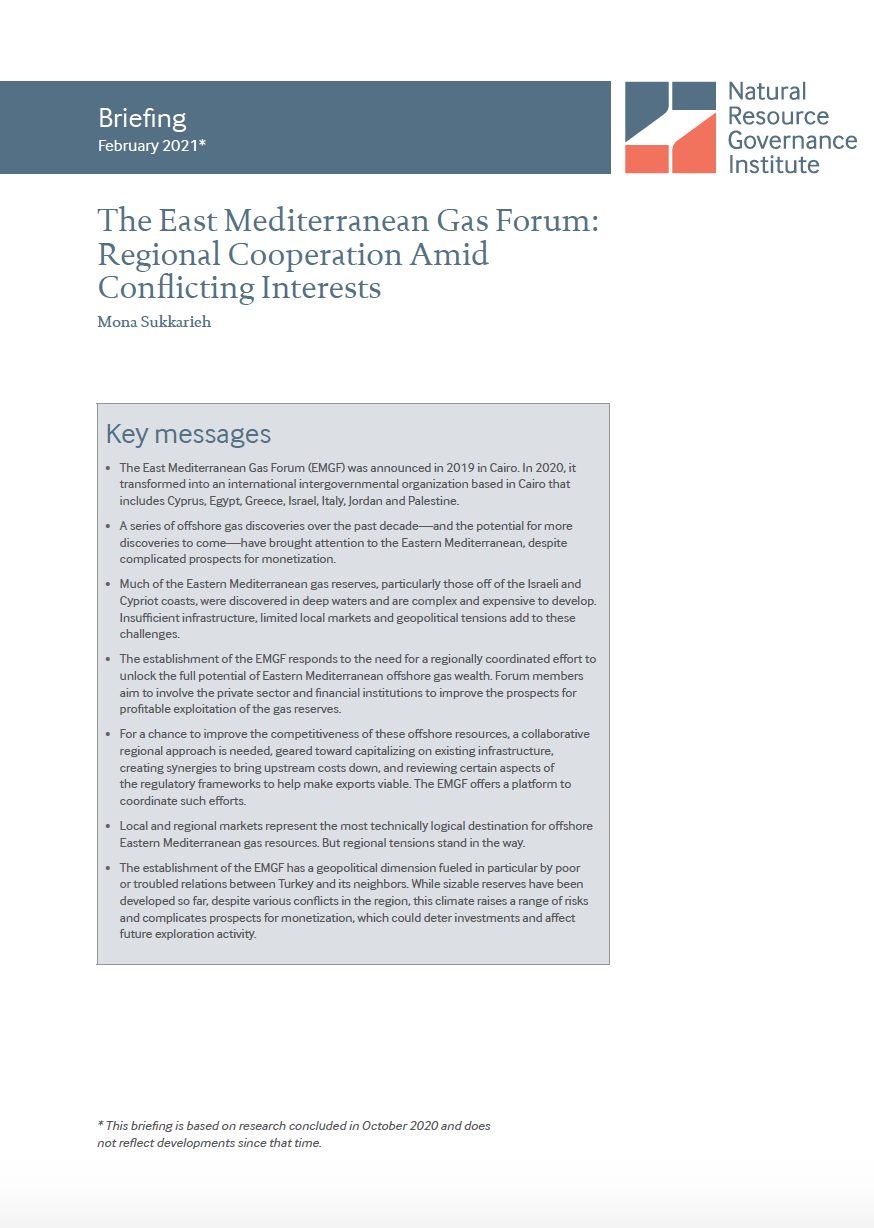 
The discovery of sizable natural gas reserves off the coasts of Cyprus, Egypt and Israel over the past decade has revealed a promising resource potential in the Eastern Mediterranean and at the same time challenges in converting part of this potential into exploitable commodities. The discovery of gas resources in the Eastern Mediterranean added a new layer of complexity to a region already marred with decades-old conflicts.

Amid increasingly competitive gas markets the East Mediterranean Gas Forum (EMGF) offers a platform to coordinate efforts among the various players in the region to lower costs and improve regional integration.
The author of this paper starts by providing a quick overview of the EMGF, its objectives and internal working mechanisms, and its first efforts to assess– with the aim of improving– prospects for monetization. The author then explores the geopolitical dynamics with a focus on mapping perceptions of threats emanating from various regional actors, as these dynamics have played a role in the establishment and membership of the Forum. In the third and last part, the author focuses on bringing offshore Eastern Mediterranean gas to market.