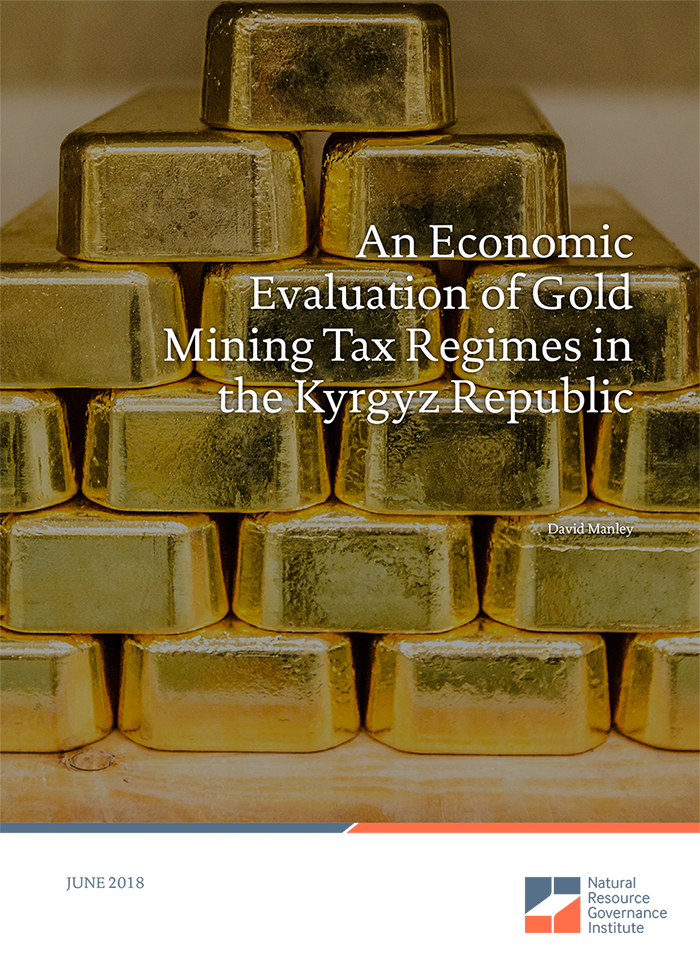 Note: Data and models for this publication can be found here.

This report responds to requests from the government of the Kyrgyz Republic and follows the Draft Kyrgyz Republic Fiscal Policy Concept 2017-2040 which advises establishing a “tax system on the basis of rent using research on international leading practices in taxation” and the exploring “feasibility of applying a corporate income tax with levying windfall tax elements.”

Without more investment in the mining industry, mineral production in the Kyrgyz Republic will decline over the next decade. New mines slated to start production soon might slow this decline, but the future strength of the industry is in doubt. The projected decline in gold production comes at a difficult time for the government. It is highly indebted, paying 17 percent of its national budget to creditors. Moreover, borrowing additional funds is likely to significantly increase borrowing costs. Generating more revenue from the mining industry can be an important way to strengthen the government’s budget. However, if the government wishes to maintain tax revenues from mining, or preferably to increase them, the country needs a tax regime that attracts investment while generating revenue. For this purpose, the author has evaluated a range of ideas offered by the government to reform the current gold mining tax regime.

The most significant barrier to attracting safe and efficient mining is probably not the Kyrgyz Republic’s tax regime, but the high political risk and other difficulties of doing business in the country. In fact some evidence suggests that, as with many developing countries, these non-tax issues are such a concern that even setting a low tax rate on new investments would not be sufficient to compensate for them. Addressing corruption and other governance problems are necessary conditions for many investors.

Average effective tax rate for a model mine with gold price of USD 1,300 per ounce and operating costs of USD 500 per ounce

This study can inform policy makers about the consequences of the choices and trade-offs to be made as part of reforming the mining tax regime.

Should the Government of the Kyrgyz Republic Impose a Tax on Gold Ores and Concentrates?