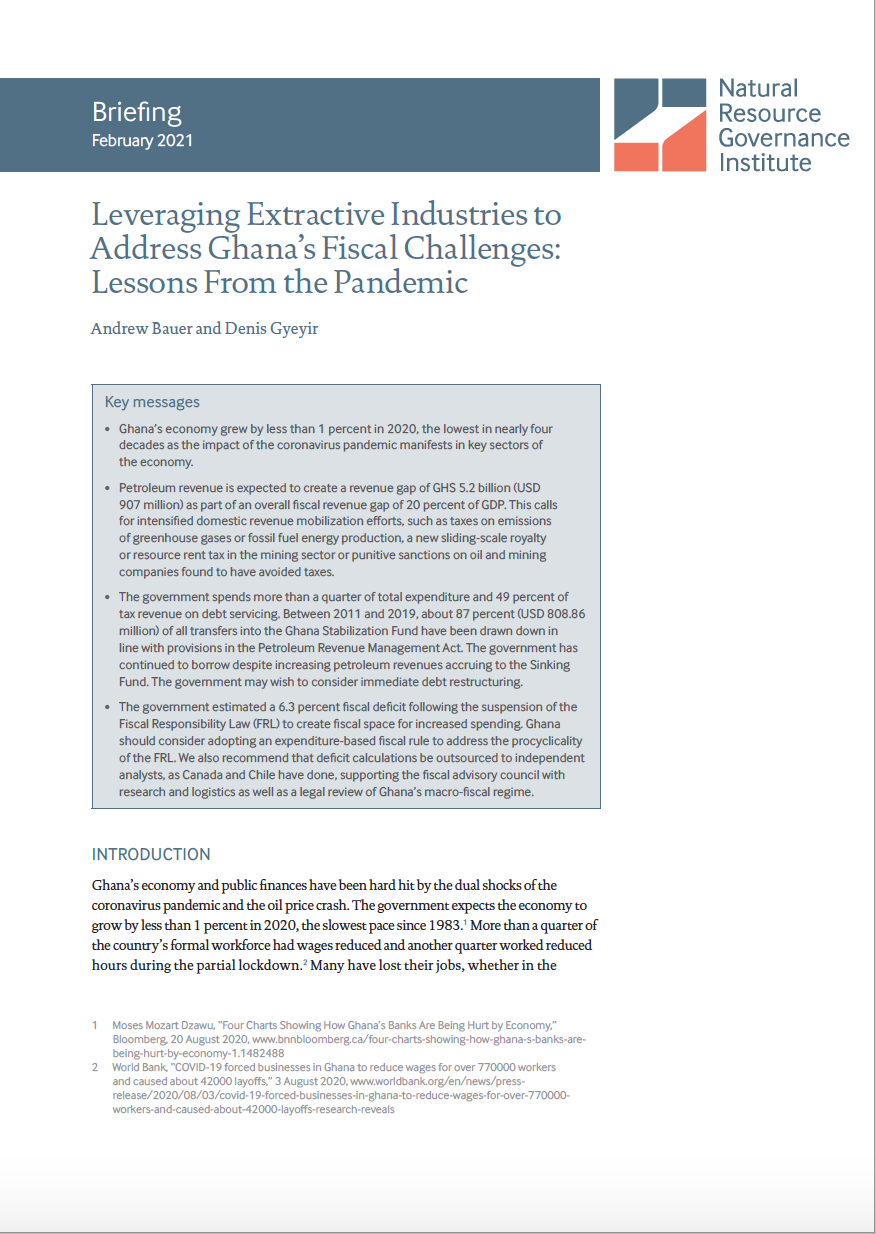 Despite the downturn, the government has managed the pandemic better than most countries. Ghana's early response to the pandemic means the country is expected to be one of the world’s few economies that may continue to grow this year in nominal terms.

Revenue mobilization is essential since Ghana remains a country at high risk of debt distress. Any further economic or financial shock could draw the government into a debt spiral and default.

The Ghanaian government has responded in three ways: committing to macroeconomic stability and fiscal discipline, debt monetization and working to mobilize revenues. In this briefing, the authors discuss each of these strategies and offer recommendations for the government's current debt management policy.

Forecasting Ghana's Oil Revenues: What Open Fiscal Modeling Tells Us About the Budget Year Ahead