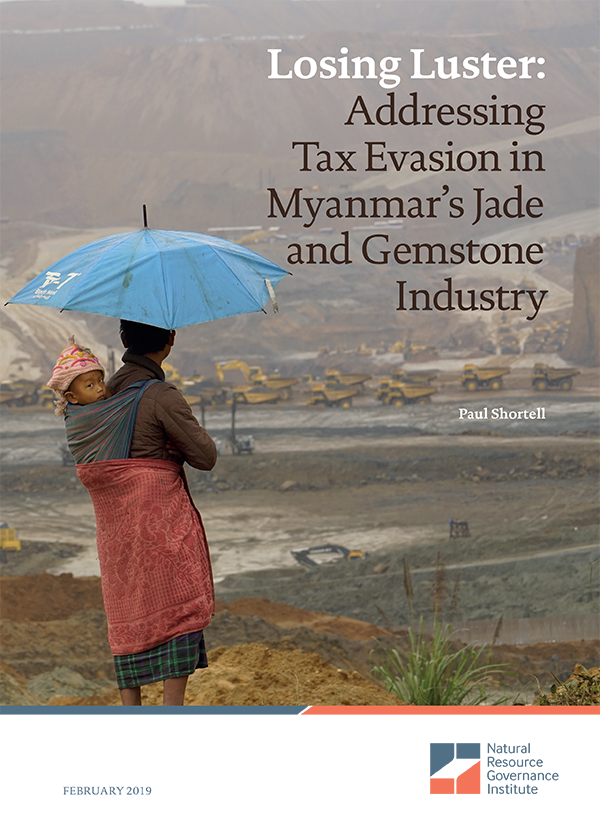 Jade and gemstones mined in Myanmar account for billions of dollars of the country’s annual GDP. However, tax collection remains limited relative to the value of the sector. Improving revenue collection will require significant reforms.

Low revenue realization results from flaws in Myanmar’s current fiscal framework, as well as high levels of corruption and informal taxation. Myanmar relies on over-taxation of the relatively small percentage of production marketed at semi-annual emporiums to generate the majority of government revenues.

Meanwhile, most jade and gemstone production by value goes untaxed or undertaxed. Based on data from the Myanmar Extractive Industries Transparency Initiative, it appears that as much as 59 percent to 74 percent of jade by volume could have gone unregistered in fiscal years 2014/15 and 2015/16. Production that is registered is dramatically undervalued; data indicate that companies declared and paid royalties on less than 1 percent of the likely value of jade and gemstone production. While the government does recoup some revenues through permit fees, this has not come without costs. Many companies have allegedly secured permits through bribes. This incentivizes officials to permit areas greatly exceeding the government’s supervisory capacity.

This report proposes several reforms for taxation of Myanmar’s jade and gemstone sector: