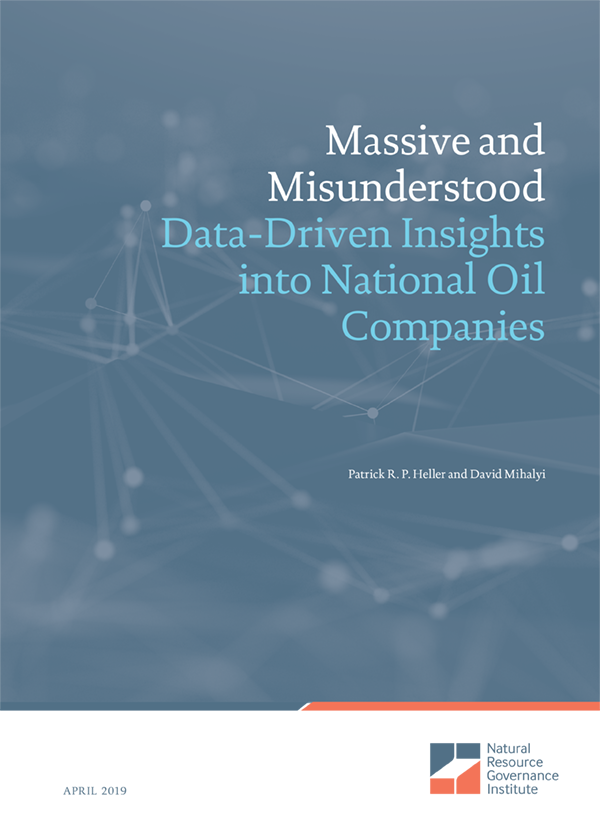 
National oil companies (NOCs) produce the majority of the world’s oil and gas, pumping out an estimated 85 million barrels of oil equivalent per day. Within their home countries, NOCs influence the degree to which billions of people benefit (or suffer) from their countries’ hydrocarbon assets. Many of these companies manage multi-billion-dollar portfolios of public assets, execute complex projects across their territories and at sea, employ citizens in the tens or hundreds of thousands, and perform a range of public services from providing energy to building infrastructure. Despite their importance, NOCs are poorly understood thanks to weak and uneven reporting, sparse research, and an absence of publicly available comparative data.

Without solid information, governments, oversight bodies and market players struggle to assess NOC performance and develop strategies for how these influential entities can generate greater benefits for citizens.
To help address this gap, Natural Resource Governance Institute (NRGI) assembled a database on NOC production, revenue generation, fiscal transfers to the state, and operational and financial performance that covers 71 companies headquartered in 61 countries worldwide, from 2011 to 2017. The database resides at www.nationaloilcompanydata.org.

This report explores key findings from analysis of the data.

• National oil companies (NOCs) produce the majority of the world’s oil and gas.They dominate the production landscape in some of the world’s most oil-rich countries, including Saudi Arabia, Mexico, Venezuela and Iran, and play a central role in the oil and gas sector in many emerging producers. In 2017, NOCs that published data on their assets reported combined assets of $3.1 trillion.
• At least 25 countries are “NOC-dependent,” meaning that the national oil company collects revenues equivalent to more than 20 percent of all government revenues. The fiscal health of many countries – and governments’ ability to use oil revenues to finance development – depend heavily on how well the NOC is run, how much
revenue it is required to transfer to the state, and the quality of its spending.
• Many NOCs carry big debts, sometimes as much as 10 or even 20 percent of their countries’ GDP. Several NOCs have required multi-billion-dollar government bailouts in recent years, becoming a costly drain on public finances.

• Sixty-two percent of NOCs exhibit “weak,” “poor” or “failing” performance on public transparency, as measured by the Resource Governance Index. International transparency actors should promote better NOC reporting on expenditures, transfers to the government and the breakdown of oil and gas production from different sources. NOCs and their governments should develop key performance indicators based clear goals, and benchmark rigorously.
• NRGI’s National Oil Company Database, available at www.nationaloilcompanydata.org, provides the largest set of open data on NOC production, revenues, spending and transfers to government in the world, with more than 70,000 data points from 71 NOCs worldwide from 2011 to 2017.