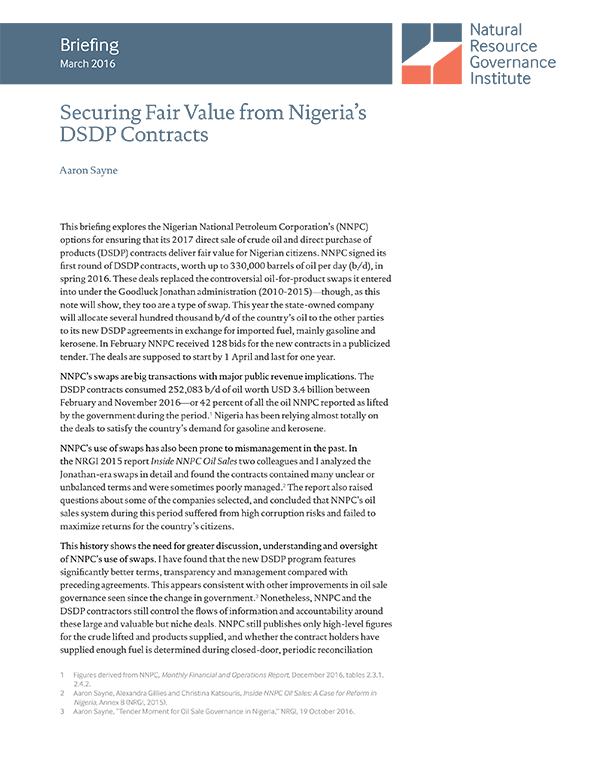 The Nigerian National Petroleum Corporation (NNPC) is about to allocate several hundred thousand barrels per day of the country’s oil to new “direct sale of crude oil and direct purchase of products” (DSDP) contracts with private companies. The DSDP deals are a kind of swap arrangement, under which the contract holders deliver fuel—mainly gasoline and kerosene—from abroad in exchange for the oil they receive from NNPC. NNPC entered into its first DSDP contracts in 2016, to replace other types of swaps signed during the tenure of President Goodluck Jonathan.

NNPC’s swaps are complex, relatively non-transparent transactions with major public revenue implications. They were also prone to mismanagement during the Jonathan years, as NRGI’s 2015 report Inside NNPC Oil Sales showed. Since President Muhammadu Buhari took office, NNPC has made improvements to the terms of its DSDP contracts; this briefing explains the most important ones.

In this report Aaron Sayne finds three main areas in which the corporation could further strengthen the terms and management of its DSDP contracts in 2017: