Author
Patrick Heller
Topics
State-owned enterprisesEconomic diversificationLicensing and negotiationTax policy and revenue collection
Countries
Uganda
Stakeholders
Government officials
Precepts
P3 P4 P6 What are Natural Resource Charter precepts?
Social Sharing
At last week’s annual meeting of the New Petroleum Producers Discussion Group in Uganda, participants buzzed with the kind of enthusiasm that has come to typify the project. The event – co-organized by Chatham House, NRGI and the Commonwealth Secretariat and hosted this year by the
Ugandan government – gathered officials from 23 countries to share approaches to developing regulatory capacity, managing relationships with oil companies, communicating with citizens, and many other challenges they face in their emerging oil sectors.

This year’s discussions, however, brought a heightened focus on an emerging issue facing new producers: the impact of the global energy transition on their pursuit of long-term economic benefits from oil and gas production. The uncertainties surrounding transition permeated the week-long series of events, including a dedicated training session on navigating emerging risks in the sector, a plenary discussion examining various market scenarios and a discussion of the intersection between Uganda’s oil ambitions and climate commitments as part of a “national seminar” organized by the host government. 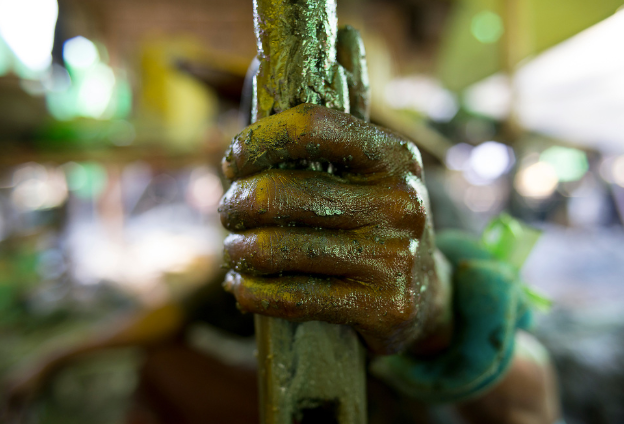 Photo by Matt Grace for NRGI

For years, the governments and citizens of prospective petroleum producers have placed huge expectations on the sector’s potential to transform their economies through a range of mechanisms: fiscal revenues to the treasury, a proliferation of local jobs, the provision of energy to fuel industrialization. These expectations have often been exaggerated, and strategies for managing them and for prioritizing amidst scarce resources has been a recurring theme of the discussion group.

The energy transition introduces a new dynamic. Expert opinion varies widely on how quickly the world will transition away from fossil fuels to the kinds of cleaner energy sources necessary to meet global climate goals. The prospect of a sustained long-term decline in fossil fuel demand carries with it the possibility that some oil and gas projects that would have otherwise been viable may become “stranded.” For prospective producer countries, this possibility puts further strain on what were in some cases already over-burdened expectations for the sector’s impact.

Of course, the transition may not happen rapidly, or systematically, and most of the representatives at the meeting exhibited confidence that the projects already on their horizons would proceed. Still, the sheer uncertainty around the trajectory of transition prompted various reflections over the course of the week about how their policies may evolve to manage risk:


The challenges facing new producers have always been complex, and the uncertain future of the global oil and gas market further complicates things. No participants at the meeting proposed scrapping their plans or dramatically altering their approach to the oil and gas sector. But the discussion provided an opportunity for a nuanced and detailed sharing of perspectives as governments seek to manage risk.


Patrick Heller is an advisor at the Natural Resource Governance Institute.