For many developing counties, natural gas offers promise. It can displace dirty, expensive diesel and supplement hydroelectricity, which is becoming less reliable in parts of the world as the climate changes. Gas can also be a big earner when exported. There can be hidden costs to gas, however, as experiences in Ghana and Algeria show. In Ghana, the government paid huge penalties after failing to honor a purchase agreement. Algeria became dependent on burning its own gas, and its exports started to dwindle. Both countries might have avoided at least some of these costs by diversifying their energy mix. Installing renewable energy makes this now increasingly viable, as other countries show that large-scale renewable energy is possible. Although certainly not without challenges of its own, renewable energy may help countries in similar situations better manage their energy use and revenue.

Ghana: From the dumsor crisis to crippling penalties

Most Ghanaians have access to electricity, but service is unreliable. The “Dumsor” crisis of frequent blackouts and outages became a major issue in the 2016 elections, with incumbent president John Mahama dogged by nicknames like “the Power Cut President.”

The country has long been beset by power problems. Before the discovery of offshore gas, most of Ghana’s power came from hydroelectricity. However, with more frequent droughts, this supply had become unreliable. (The country also loses almost a quarter of its energy in transmission and distribution.) Ghana was importing gas from Nigeria but, due to vandalism and other factors, not enough gas arrived. As the Dumsor crisis intensified, the government spent heavily on thermal power generators, but these needed expensive, polluting diesel to run. 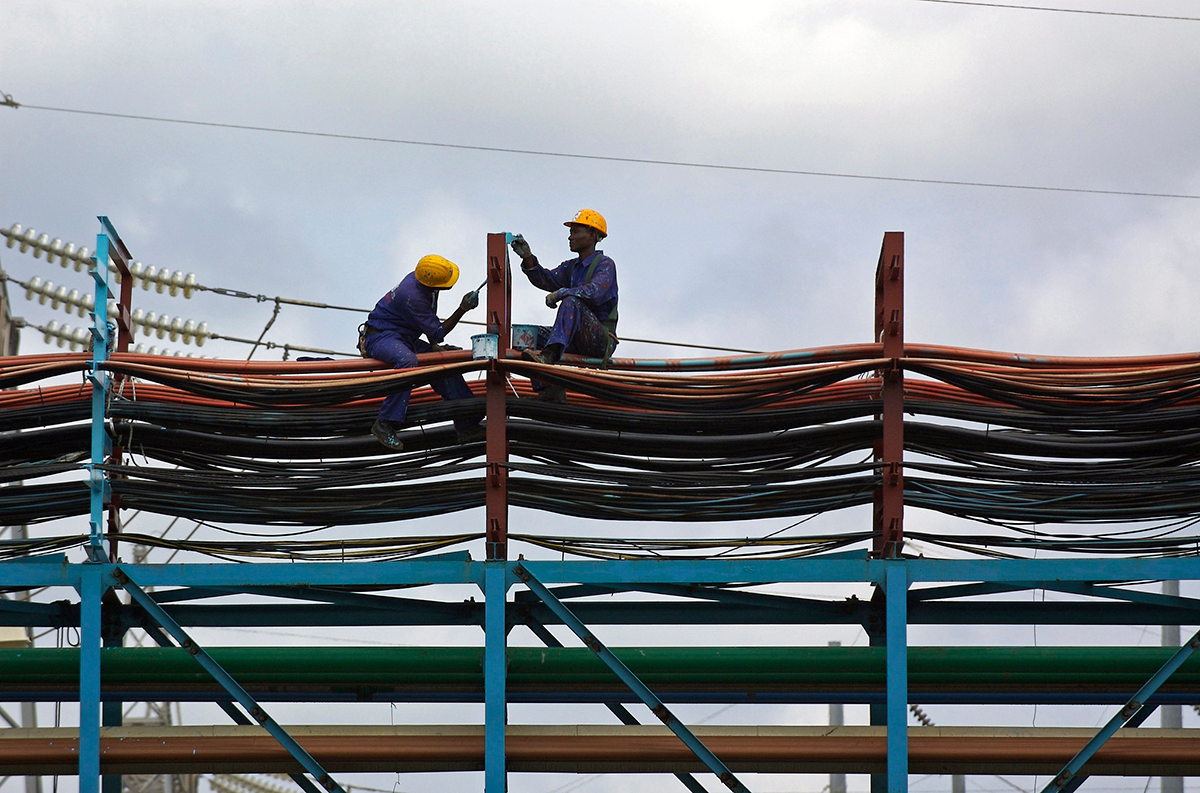 Ghana’s own offshore gas offered an alternative. In 2016, the government agreed with the oil company ENI to buy gas from the Sankofa offshore field on a “take-or-pay” basis, as is common in gas supply agreements. Take-or-pay means that if a country cannot use all the gas it agrees to buy, it still has to pay the agreed amount to the company.

To ensure that it took all the gas that it had agreed to buy, Ghana needed to develop pipes and cables to transmit the gas from the southwest of the country, where the gas lays offshore, to the east, where most people and businesses are. Unfortunately, heavy spending on the power crisis by the state power companies saddled them with debt. Partly, this prevented the state companies building enough infrastructure in time, and so failed to take much of the gas as agreed. Meanwhile, they struggled to pay for what they did actually use. By 2019, the government said this “pose[d] grave financial risks to the whole economy […] We are in a state of emergency and must therefore respond with urgency and boldness.”

Ghana first negotiated with ENI to reduce the price it paid for gas and then allowed ENI to pay less in taxes. Yet, the penalties continued to mount. By 2020, the government estimated, the country would be paying up to $850 million annually in take-or-pay penalties, or 7 percent of the entire government budget. In the end, what promised to be an energy solution came with enormous hidden costs while also failing to significantly improve Ghana’s power supply.

While Ghana shows the risks of over-committing to use gas domestically, shortages also carry a financial sting. The Algerian government relies heavily on exporting gas—almost 40 percent of government revenues come from petroleum. Now, this model is in grave danger. Algeria’s gas production soared in the 1980s and 1990s but plateaued in the 2000s. New fields have increased output slightly but their operating costs are high. 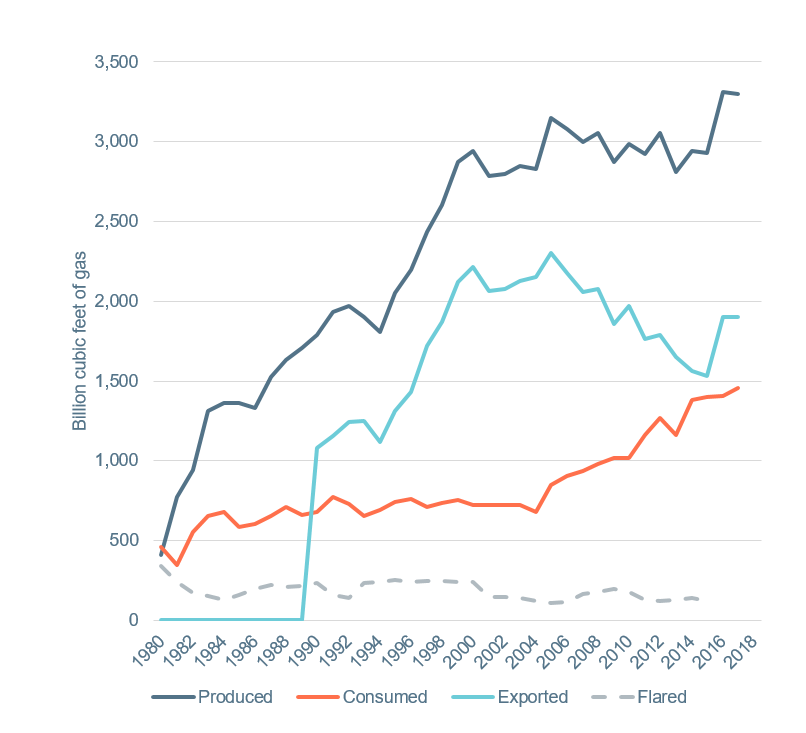 The country’s options for ensuring that it has enough gas are limited. Cutting consumption is challenging. Consumption has risen in part because Algeria subsidizes electricity prices and raising tariffs would be politically difficult. Moreover, the government has published a new petroleum law to attract investment; a key component of which is a drop in tax rates. This may have been necessary to attract investment because production costs in Algeria are higher than in many other countries. (See chart below.) However, by reducing taxes, the government will earn less per unit of gas produced.

Developing other sources of energy, such as solar and wind, can relieve the need to burn gas. This frees more gas for export to high-demand regions like Europe and Asia so countries like Algeria can continue earning revenue. Developing renewable energy might not have saved Ghana from paying take-or-pay penalties, as most power is sold under similar agreements. However, the modular nature of solar and wind farms allows an incremental expansion of supply, giving time to install the necessary infrastructure and ensure payment.

Like many countries, both Ghana and Algeria are trying to develop their renewable energy potential. But doing so can be slow and rife with challenges. A primary problem is the risk that having installed a solar or wind park, a company cannot rely on buyers to pay for the electricity in full and on time. Other potential obstacles include existing gas and electricity subsidies, the need to fulfil existing gas take-or-pay agreements, and the interests of an incumbent oil and gas industry.

Gas can be a useful source of energy, but as is clear from the cases of Ghana’s painful penalties and Algeria’s dwindling export revenues, there are hidden costs involved. Both countries will be hard hit by the current pandemic, and the expected global recession to come. Neither country can afford such costs. All types of energy present management challenges; however, adding renewable energy the mix might rescue some countries from these hidden costs of gas wealth.