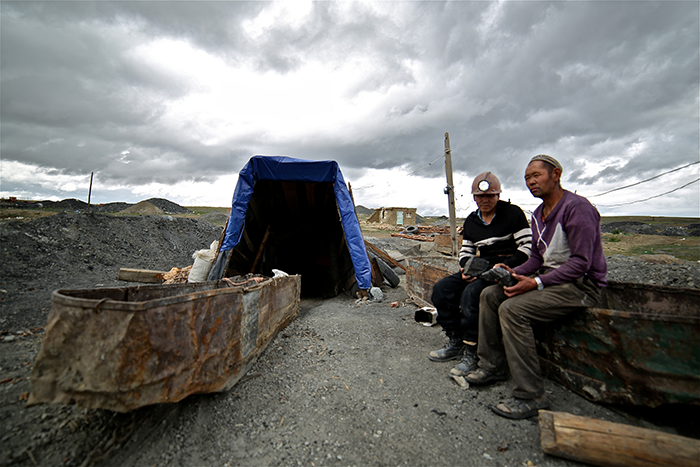 In return, Mongolia approved a limited and revenue-focused set of reforms. Budget amendments to be passed in March include increases in personal income tax rates; increases in fuel, alcohol and tobacco taxes; and a public service wage freeze.

In some sense, an agreement with the IMF was necessary. The Development Bank of Mongolia (DBM), a state-owned bank deeply in the red and guaranteed by the government, must repay USD 580 million to mainly foreign creditors this month. Without an IMF agreement, it is likely that the DBM would have defaulted on this or the next repayment, due in January 2018. Such an event would have cut Mongolia off from international lending and could have precipitated a banking crisis.

But are the reforms tied to the bailout right for Mongolia? Will they turn Mongolia around, setting up the country for long-term growth and prosperity?

NRGI has released a macro-fiscal model of Mongolia’s economy that should help answer these questions. The model, a year in the making, links specific mineral projects to macroeconomic indicators such as GDP growth, budget surpluses and debt levels. As a next step NRGI analysts and consultancy Gerege Partners are preparing a full analysis of the IMF program to better understand its implications.

Three findings emerge from our projection and scenario analysis conducted with the model. (Analysis took place before the announcement of the bailout package, but the bailout should not affect these conclusions.)

1. Mongolia is facing a solvency crisis—not a short-term liquidity crisis due to drop in commodity prices

As a result of swelling deficits since 2007, debt levels are approaching Mongolia’s debt sustainability limits, as demonstrated by the government’s astronomical interest rates on foreign borrowing and our macro model. Interest payments on public debt alone were greater than MNT 1 trillion (more than USD 400 million) in 2016; that’s more than the government spent on healthcare for the whole country.

Results from the baseline scenario of the model confirm that the current trajectory of Mongolia’s public finances is unsustainable in the absence of radical measures—stopgap interventions by the IMF and Mongolia’s other partners notwithstanding. Assuming that the current short-term liquidity pressures are resolved (i.e., rolled over, maturities lengthened), that the external environment remains accommodating and domestic growth picks up rapidly, and no major changes in government policy, our model projects debt spiraling upward as of 2025. Without a significant cut in debt through debt restructuring and permanent budget adjustment measures—not just a shrinking of the deficit or short-term bailout of the kind offered by the IMF program—Mongolia will find it hard to return to a sustainable debt path and prosper.

Results from our model show that, while the Oyu Tolgoi copper mine and Tavan Tolgoi coal mine (along with other mines) will generate just enough additional revenues between 2019 and 2024 to stabilize the deficit at its current very high levels, deficits will widen rapidly again thereafter. New mineral projects will not solve Mongolia’s debt sustainability challenge. Attracting new mineral investments remains difficult globally. And even if new mining deals are rushed through, it will be decades before major revenues materialize, if ever, as we’ve seen with the existing mega-mines in Mongolia. It is highly unlikely that new production will save Mongolia from exploding debt levels over the medium term.

3. The composition of the bailout package matters

We will release projections of the IMF program’s impact on the Mongolian economy shortly. However an initial assessment of the fiscal measures proposed suggests a focus on revenue generation and hard-to-enforce governance reforms rather than a needed reprioritization of spending.

Reform of medical procurement, establishment of an independent fiscal council and ensuring that the central bank stops financing programs off-budget (such as the mortgage loan program) are promising avenues (though much depends on implementation).

On the other hand, increases in personal income tax rates on higher incomes and social security contributions will harm the already overstretched non-mining private sector. Increases in alcohol and tobacco taxes are likely to hurt the poorest the most. Meanwhile lavish government spending—especially on a plethora of politically motivated local infrastructure projects—will remain intact or face only marginal reductions. Our model will demonstrate the impacts of these different policy choices on growth, household consumption and debt reduction, and compare them to other potential packages.

Since 2007, the government has been spending as if mineral revenues could transform the country into a Far Eastern version of Dubai overnight. However, Dubai utilized its natural resource revenues in line with a well-conceived economic diversification plan; in contrast, Mongolia has spent much of its windfall on public sector wage bill hikes and small infrastructure projects around the country.

These choices have led to tough decisions for government officials. We are concerned that the government and its international backers repeating a critical mistake: assuming that future mineral revenue growth will save the country. Unrealistic mineral revenue expectations got Mongolia into trouble; such expectations will keep Mongolia there. The IMF program may be delaying the pain by a few years, which could prove a valuable opportunity to rethink the country’s growth strategy. Or, it could be just another episode in a continuous cycle of booms and busts. Our aim is that our new model can help the government and citizens alike chart a course for a meaningful exit from unsustainable debt.