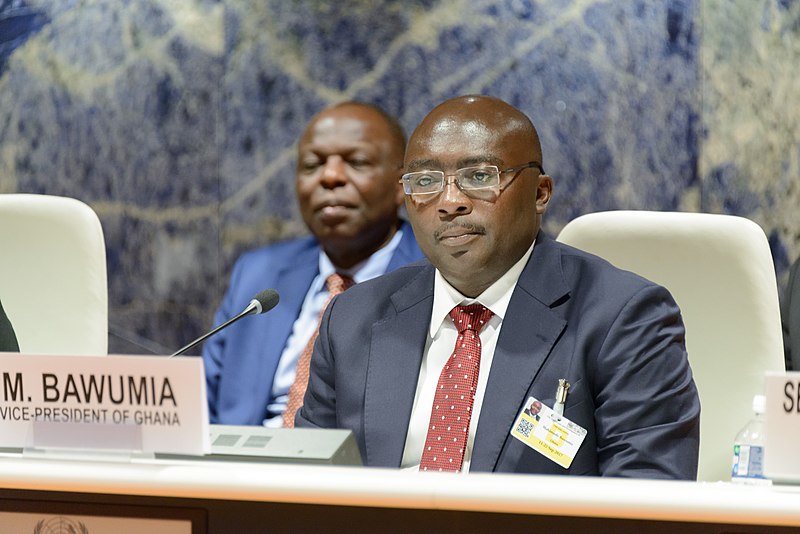 In 2017, the NRGI and the Ghana Oil and Gas for Inclusive Growth Project organized a civil society technical session to discuss a proposal from Vice President Mahamudu Bawumia to legislate fiscal rules for Ghana and then published the session’s conclusions. Photo by UNCTAD and licensed under under the Creative Commons Attribution-Share Alike 2.0 Generic license.

Though it is considered a resource-rich country, Ghana has encountered fiscal challenges in the recent past. Since discovering oil, public debt increased to an unsustainable level and peaked at over 70 percent of GDP. The Petroleum Revenue Management Act has good rules for managing government’s use of petroleum revenues. However, the challenges of public financial management more than netted out the positive effects of good petroleum revenue management. The legislation of the act is a positive commitment. Hopefully, Ghana can avoid a repetition of the budgetary crisis that led to emergency assistance from the International Monetary Fund in 2015.

Essentially, Ghana’s new law holds the government accountable for its stewardship of the public purse. It stipulates two fiscal rules, or targets. First, the annual budget deficit should not exceed 5 percent of GDP on a cash basis, and second, the government’s primary balance should stay positive. The primary balance surplus target implies that expenditures (excluding interest payments on Ghana’s public debt) should be less than incoming public revenue every financial year. Ideally, citizens will be able to monitor and assess government spending compliance against set targets.

Direct citizen oversight will be augmented by a dedicated body of experts. The fiscal council is charged with developing and recommending policies for maintaining sustainable debt levels, managing fiscal risks, and ensuring fiscal balance. The seven-member council will be chaired by former Bank of Ghana Gov. Paul Acquah.

Ghana’s home-grown Fiscal Responsibility Act is tailored to the country’s unique economic situation. The law provides very simple and clear targets, making it relatively easy for citizens to identify deviations. By capturing all state institutions in the fiscal rule, they will now have fewer opportunities to borrow beyond loans approved in the budget. If implemented in full, the law could chart a clear path for restoring fiscal discipline to Ghana’s public finances. The limits set should prevent rapid increases in spending, especially during election years. In the past, election year spending has led to economic instability and debt crises.

The law benefitted from public consultations. In 2017, the Natural Resource Governance Institute and the Ghana Oil and Gas for Inclusive Growth Project organized a civil society technical session to discuss Vice President Mahamudu Bawumia’s proposal to legislate fiscal rules for Ghana and then published the session’s conclusions. Then in 2018, the two organizations convened a civil society forum to discuss recommendations for a good fiscal rule for Ghana. Afterward, civil society participants at the forum communicated concrete policy recommendations to the Ministry of Finance as it was developing the draft fiscal responsibility law; several of the recommendations—including considering numerical fiscal targets, and a reasonable well-defined escape clause were reflected in the law as passed.

The Fiscal Responsibility Act is a great step forward, but there are ways to strengthen it further in its implementation:

We at NRGI remain committed to supporting the government in implementing the new Fiscal Responsibility Act.

Aisha Adam is an Africa associate with the Natural Resource Governance Institute (NRGI). Nafi Chinery is the Ghana country program manager with NRGI.