Mirette Magdy is an Egyptian business reporter for Bloomberg. I met her in Beirut at the end of November 2018, during the fifth annual Middle East and North Africa Regional Extractive Industries Knowledge Hub course co-organized by NRGI and the Lebanese Center for Policy Studies (LCPS). The course provides civil society actors, journalists, government officials and policymakers with knowledge about fundamental issues of oil and gas governance. Mirette and I discussed Egypt’s changing role in the region’s energy mix as well as the importance of presenting well-researched perspectives to the public, many members of which are encountering change in their everyday lives.

Hanen Keskes: You have an economics background but are now mainly covering hydrocarbons in the Middle East, with a focus on Egypt and North Africa. When and how did you become interested in covering oil and gas issues?

Mirette Magdy: I became interested in the sector three years ago, when Egypt announced its plan to become an oil and gas hub for the region. In 2015 Egypt discovered the sizeable Zohr gas field which was explored by Italian oil company ENI. This field is regarded as the biggest in the MENA region. Since then, Egypt has started announcing agreements to import gas from Israel and possibly Cyprus and Lebanon. This is because Egypt has two big liquefied natural gas (LNG) plants, so it is importing gas to liquefy before exporting to Europe. With these developments I felt the need to start focusing on covering this sector and on the upcoming agreements that Egypt will be signing with other countries.

How would you describe the public interest in these technical issues?

There is a general public interest in these issues. Ten years ago Egypt had considerable gas reserves and the country used to export large quantities of gas, mainly to Israel. But then, due to the lack of proper management of resources, Egypt started having a deficit in production and the country stopped exporting. This further exacerbated the deficit in foreign exchange reserves the country has been facing since the 2011 revolution. For these reasons, the public was interested in understanding what the problem is and how Egypt went from a big gas exporter to a deficit and resorting to imports.  When the Zohr field was discovered it peaked the public’s interest as it provided the possibility of solving the problem and positioning the country to satisfy local energy demand.

In tandem, at the end of 2016 Egypt began decreasing its significant energy subsidies in accordance with the three-year economic reform program that paved the way for a USD 12 billion loan from the International Monetary Fund. This also included floating the currency. This had a direct impact on citizens’ everyday lives, as prices increased. The average citizen was questioning the government’s plans to import gas despite the official discourse about increased production and projected self-sufficiency. 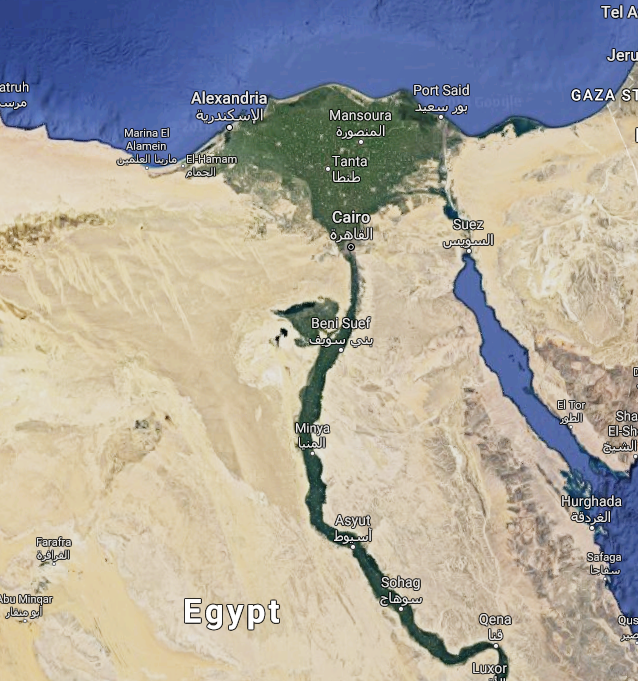 So what part of these issues are you most interested in covering? What step of the natural resource decision chain interests you the most as a journalist?

I am interested in investigating whether Egypt will actually be able to reach self-sufficiency as the government claims—whether upcoming gas production will actually cover local demand.. I feel that my role is not just to simply report on the official data and statements as they are released; I have the same questions as any other citizen and my job is to try to answer these.

In addition, and with the aim of liberalizing the market, the government has announced plans starting next year to allow the private sector to provide energy services (a role previously entirely monopolized by the government). This means that private companies will be allowed to import gas and directly trade it to the industrial sector.

All of these factors are having direct and indirect effects on the lives of citizens, such as rising electricity prices due to the removal of subsidies.

Journalism has an important role to play in simplifying these issues so that citizens can understand why their everyday lives are being affected by oil and gas developments. For example, we previously produced a detailed piece explaining how the government decision to allow the private sector to trade gas in the local market will affect consumers.

What measures has the government put in place to cover the energy deficit?

Egypt’s national oil company (EGPC) enters into production sharing agreements with international oil companies. As part of those agreements, the oil produced is divided between a part to cover production costs (35 percent maximum), and the remainder is labeled profit oil. However, Egypt is one of the only countries that sets a condition that oil companies must prioritize selling both their cost recovery and profit oil shares to the host government. Due to the increase in domestic demand, Egypt has been buying these shares. The problem is that the government has been unable to pay due to its budget deficit. As it stands, the government owes oil companies billions of dollars, leading oil companies to discontinue further research and exploration. In order to encourage future investment, the Egyptian government announced its decision to introduce new form of agreements in the frontier areas, which do not include the requirement of reserving cost recovery and profit oil to the government. I have recently written about this issue, speaking with companies about their demands. They shed light on their current negotiations with the government, the changes in the upcoming agreements, and how that will influence production next year.

You already have a deep understanding of and expertise in covering the oil and gas sector. What was the added value of attending the course here in Beirut?

I have benefited a lot from attending the course. I come from an economics background and lacked some of the basic technical understanding of the oil and gas sector. For example, here I’ve learned about how prices are set for oil such as Brent. The course introduced me to basic notions about the quality and chemical make-up of oil and gas from various regions and how that affects benchmarking and prices.