The Democratic Republic of Congo has been an Extractive Industries Transparency Initiative (EITI) member since 2008, highlighting a commitment to improving transparency and good governance in the extractives sector.

In 2007, the Ministry of Mines officially launched a review of 60 mining contracts signed between 1996 and 2006. This was followed, in 2011, by a decree making the publication of natural resource contracts mandatory in accordance with the government’s commitment to the World Bank and the EITI.

The Natural Resource Governance Institute (NRGI) and the Columbia Center on Sustainable Investment (CCSI) partnered with the Ministry of Mines and Cellule Technique de Coordination et de Planification Minière (CTCPM) to develop a ResourceContracts country website that would provide a publicly accessible open data platform of mining and hydrocarbon contracts with associated documents. This is in line with the 2016 EITI Standard, which notes that “open data promotes accountability and good governance, enhances public debate, and helps to combat corruption.” 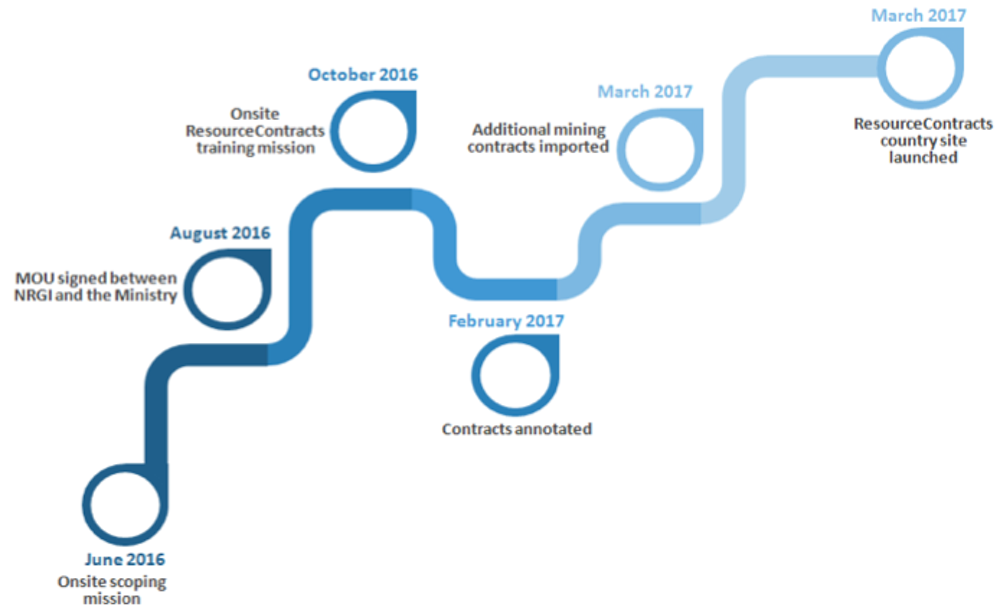 Although the majority of the contracts were previously published on the Ministry of Mines website, the contracts lacked descriptive metadata detailing company names, resources, countries and associated data, as well as plain-language summaries of key environmental, social, fiscal and operational provisions. The ResourceContracts site publishes existing contracts, including metadata as well as annotations.

When ResourceContracts was relaunched in 2015, the site included 83 DRC contracts: eight hydrocarbon and 75 mining contracts. In February 2017, CCSI staff completed the annotation of 68 contracts by adding summaries of the key contract terms. In early March 2017 a further 44 mining contracts were published and the ResourceContracts DRC country site was formally launched in French and English. The country site supports the EITI requirement 2.4.b, which encourages contract disclosure.

Annotated contracts also provide an opportunity to utilize the recently developed ResourceContracts clipping feature, which allows for comparison of annotations between companies or countries. The feature could be used by the Ministry of Mines during contract negotiations to, for instance, compare royalty payments of companies operating in other jurisdictions planning to invest in the DRC. 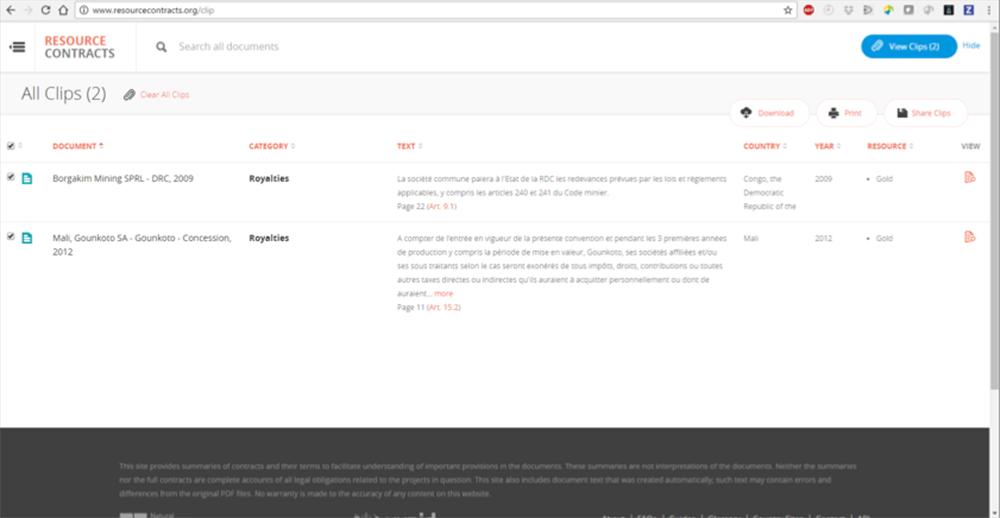 A future of wider disclosure

A published environmental impact study linked to the main contract

Releasing contracts in an open data format enables civil society organizations and members of the media to further engage in monitoring. Training activities are being planned to enable these oversight actors. 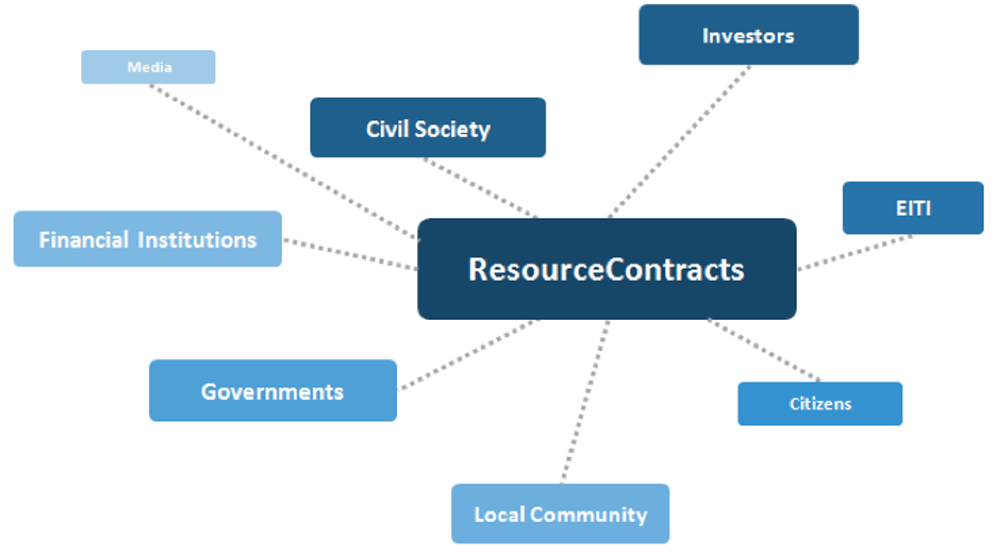 The ResourceContracts platform is an online repository of oil, gas and mining contracts developed in partnership between the World Bank, NRGI and CCSI. The site enables civil society organizations, members of affected communities, government officials, researchers, and other stakeholders to search for contracts; view summaries of contracts’ key environmental, social, operational and fiscal provisions; and download full contracts as open data. The site was re-launched in 2015 with new features and contracts.

The partners behind ResourceContracts continue to work with governments and country-level EITI offices to publish extractives contracts as open data. Tunisia is the fourth country to establish a ResourceContracts country site, following Guinea (2013), Philippines (2015), Sierra Leone (2016) and Tunisia (2017).

Jean-Pierre Okenda is NRGI’s DRC country manager. Anders Pedersen is acting manager of data projects at NRGI. Charles Young is a technical open data consultant. Perrine Toledano is the head of extractive industries at the Columbia Center on Sustainable Investment.