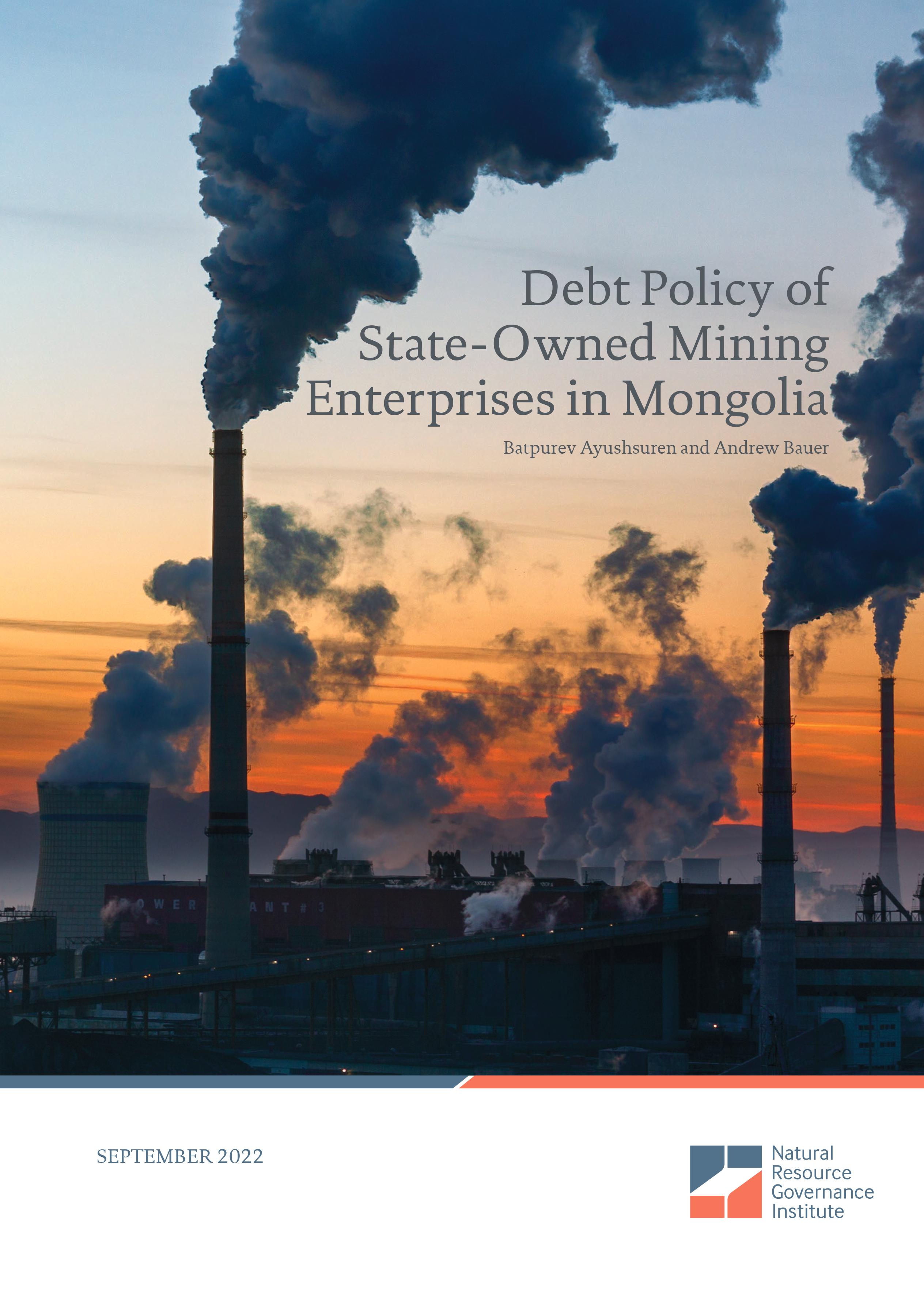 Key messages Mongolia’s 10 most important upstream mining state-owned enterprises (SOEs) reported total liabilities of 6.45 trillion Mongolian tugrug (MNT) (around USD 2.3 billion) at the end of 2021, of which 26 percent could be classified as “debt.” The liabilities of these 10 companies alone represented 15 percent of GDP, while liabilities officially declared as “debt” represented four percent of GDP. In comparison, around the world, SOE debt from all sectors is equivalent to roughly seven percent of GDP on average. While SOE debt can be a useful source of financing for economic development projects, Mongolia’s mining SOE debt issuances represent a significant risk to economic stability and fiscal sustainability.

Mining SOE debt is 4.3 times larger than in 2019, while liabilities are 4.8 times greater. The biggest increases came from bond issuances from Erdenes Tavan Tolgoi to pay for the Gashuun Sukhait railway project, and Erdenes Mongol to pay for the government’s policy to cover pension-backed loans and other subsidies to the elderly. In other words, the government has collateralized future revenues of mining SOEs to pay for projects that may not actually contribute to SOEs’ improved performance.

In addition, mining SOE profitability is well below international standards and is highly dependent on volatile coal and copper prices. Three out of Mongolia’s five state-owned operating mines make little or no profit. Borrowing to finance long-term state-owned projects of unclear feasibility risks throwing good money after bad.Given these high costs and the global energy transition, it is unclear whether mining SOEs will be able to pay back their debt. More likely, the government will need to cover mining SOEs’ losses in the future using taxpayers’ money, shifting state resources away from programs that would benefit the majority, such as investments in education, healthcare and modernizing infrastructure.