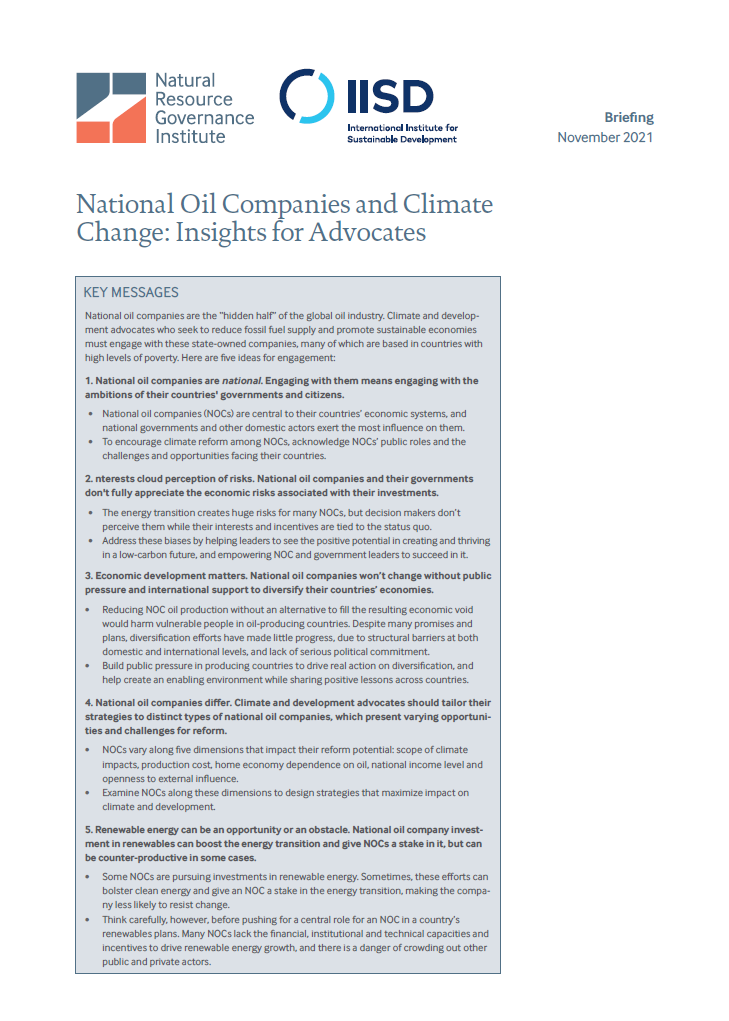 This briefing is a collaboration between NRGI and IISD, which has also published it. The briefing draws key findings from the National Oil Companies and Climate Change discussion series, co-organized by NRGI and IISD.

National oil companies are the “hidden half” of the global oil industry. The authors of this briefing write that climate and development advocates who seek to reduce fossil fuel supply and promote sustainable economies must engage with these state-owned companies, many of which are based in countries with high levels of poverty. In the briefing the authors share five ideas for engagement:

5. Renewable energy can be an opportunity or an obstacle. National oil company investment in renewables can boost the energy transition and give NOCs a stake in it, but can be counter-productive in some cases. 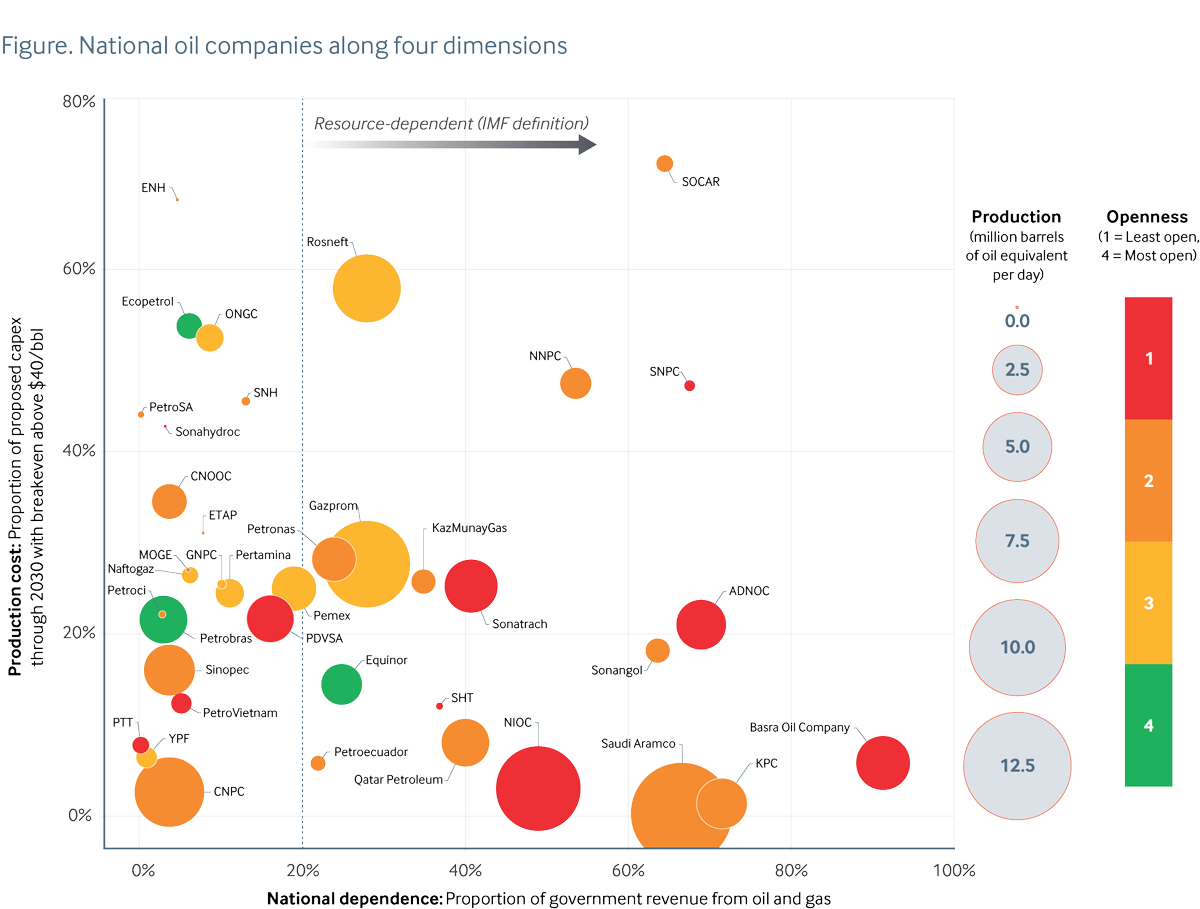