In late September, more than 1,500 participants and 200 speakers gathered in Buenos Aires for the International Open Data Conference. Throughout the conference, we noted positive developments and persistent challenges for a diverse and growing open data community.

NRGI and a number of organizations are exploring how the exploitation of natural resources impacts men and women differently. IODC featured a renewed focus on the need for better gender disaggregated data and a call for stronger inclusion across open data and civic tech communities. To this end, the conference featured the first Do-A-Thon, a one-day collaborative work sprint organized by Open Heroines, a network aiming to advance gender inclusion and diversity. 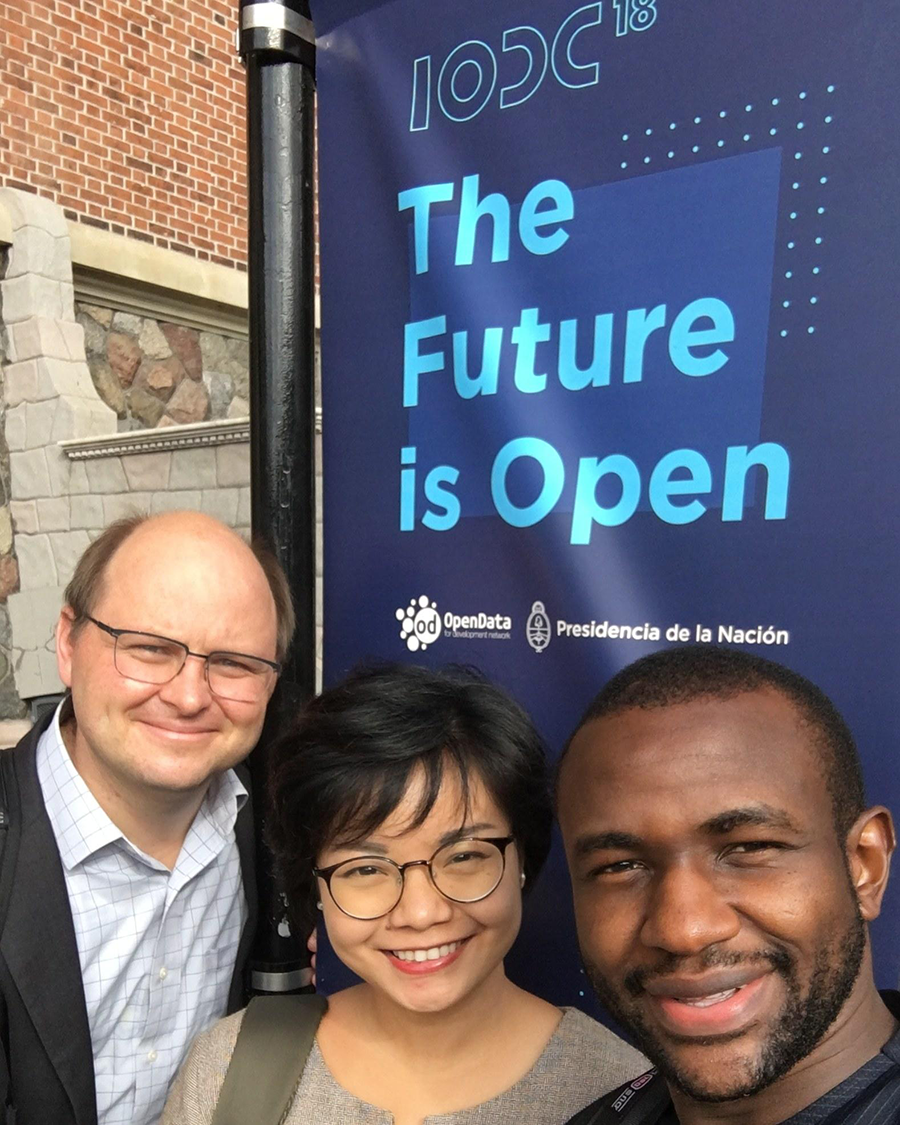 At an Asia-Pacific regional session, NRGI's Aye Kyithar Swe presented lessons learned from jade data programing in Myanmar, emphasizing the importance of limited data availability and limited data skills among civil society. She also pointed to a lack of public awareness of data privacy. While the Asia-Pacific region is seeing increased open data activity, only limited efforts are made to ensure its sustainability. In addition, there is a persistent lack of trust between governments and civil society and the civic tech community. Participants said regional collaboration can pay off by leveraging technical skills from data actors and sector-specific expertise from civil society.

Assessing the progress on open data publication, use and economic impact

In recent years, warning signs have emerged on the lack of progress on publication of open data by governments, as well as the lack of use such data. A large share of government data continue to sit on servers and aren’t shared in an open format. Open data remain difficult to locate across government websites and timeliness is lacking in many countries.

When government data licenses are unclearly worded, they may be perceived as restrictive by civil society, deterring public use. Despite these challenges, we see opportunities ahead for open data in the extractives sector.

First, the Extractive Industries Transparency Initiative has continued to engage on the issue since the introduction of the open data policy in 2016 and recently affirmed that the “trend toward open data and systematic disclosures are mutually reinforcing.” EITI’s commitment to systematic disclosure brings renewed attention to data publication practices by key ministries, company registers and national statistics offices in member states. Thirdly, several countries have actively been leading the way on open data publication and data use for natural resource governance, including Ghana, the Philippines and Tunisia.

Following warning signs on the risks to open data progress, a number of studies seeking to assess the economic value of open data have been released. At IODC, the Open Data Institute presented new research showing that the economic impact of open data in Ukraine reached 0.81 percent of GDP (USD 903 million) in 2017. New IMF research shows that a higher degree of transparency of fiscal data can lower borrowing costs for governments in emerging market countries. At a global level, estimates on the potential value from open data continue to differ widely across a diverse set of applied methodologies, showing further research would be beneficial.

Several sessions addressed the tensions between governments and civil society around the role of open data for public interest reporting and evidence based policy debates. Some governments have recently taken legal steps to restrict the use of government data by the public through the introduction of criminal liability for vaguely defined “misuse” of government statistics. “Open washing” by governments can undermine genuine transparency efforts. Participants emphasized the importance of understanding the political context where government data is published and how broad reform coalitions can make open data policies resilient across government transitions.

IODC showed that members across the community are thinking creatively about how to build coalitions to support continued reforms while building the evidence as to how open data can strengthen everything from accountability reporting to service delivery to combatting fake news through data-driven journalism.