At the formal launch of the ResourceContracts.mn contracts portal on 22 April, Mongolia’s deputy minister of mines and heavy industry reaffirmed the country’s commitment to publishing mining and petroleum contracts and announced the public release of over 150 new contracts. After several years of stuttering progress on contract transparency in Mongolia, this is welcome news.

D.Zagdjav said the release of these contracts would “contribute extensively to the improvement of accountability and law enforcement in the sector, and reduce corruption and conflict of interest risks.”

He also said the portal would contain “all contracts… starting from larger agreements concluded at the government level, such as investment and production-sharing agreements, to those established by license holders at the local government level.” 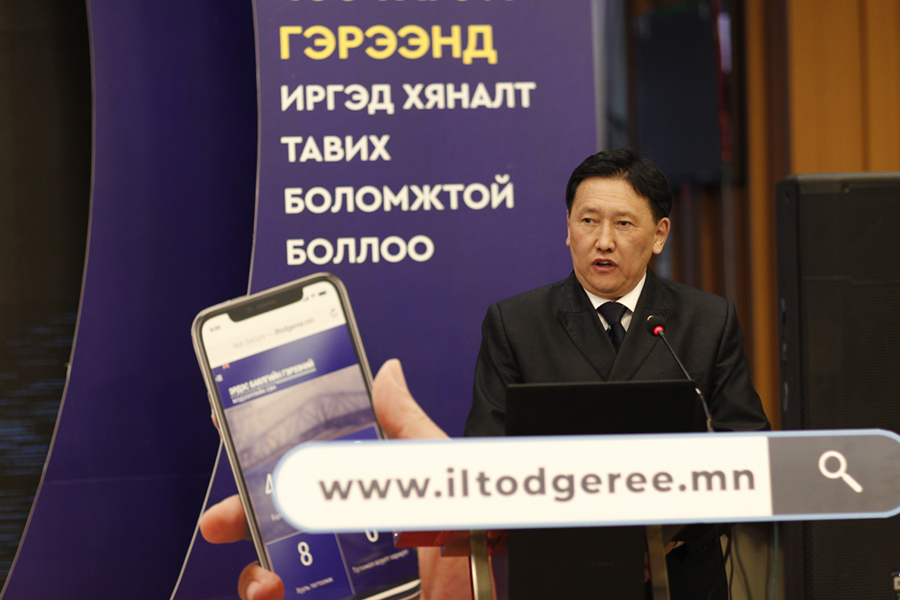 Though important progress has been made, the government still has a long way to go until all contracts are public.

As we demonstrated in a brief earlier this year, the lion’s share of the contracts published are those made by local government authorities concerning aspects of land and water use, environmental protection, infrastructure development and employment. These are helpful, particularly for local communities. But the most significant contracts from a taxation perspective are those made with the central government. So far most of these remain secret, while some of the disclosures that have been made are missing important information. The PSAs, for example, have been heavily redacted, removing useful information such as fiscal terms.

To their credit, government officials recognize these shortcomings and appear to be taking steps to address them. 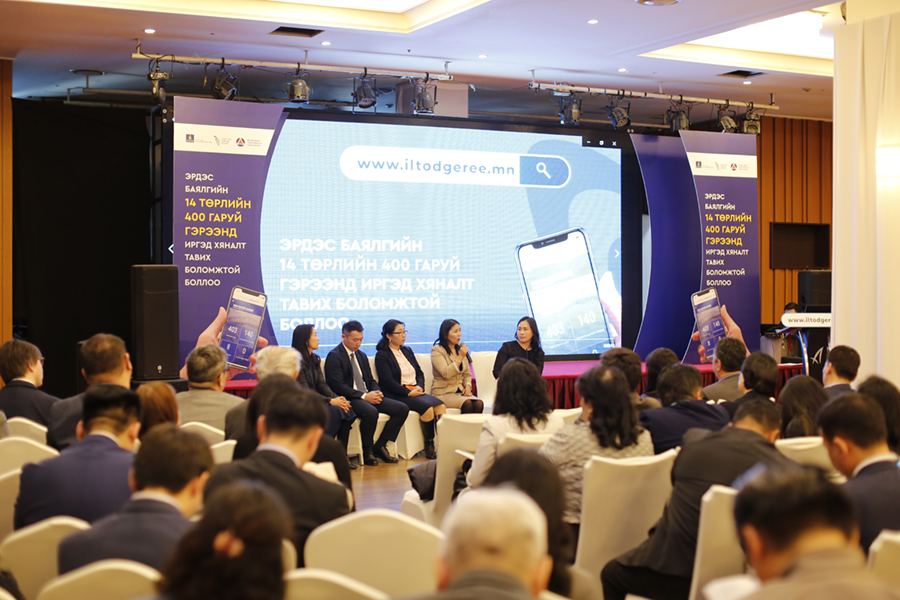 The government of Mongolia is not just publishing contracts. It is also supporting initiatives to encourage contract use. Photo courtesy of the Ministry of Mines and Heavy Industry.

D.Lkhamjav, head of the law division at the Ministry of Mines and Heavy Industry, noted that redactions in the PSAs are temporary and will be removed as soon as the government reaches agreement with existing PSA holders. She also said confidentiality clauses requiring agreement by both parties to enable disclosure have been taken out of the model PSAs—templates that the Mongolian authorities are using for future production-sharing agreements—and will therefore not be included in any new contracts.

Most importantly, the government of Mongolia is not just publishing contracts. It is also supporting initiatives to encourage contract use. At an event on 23 April, the ministry was a lead organizer of a day of discussions examining how to improve the implementation of local level agreements. The Extractive Industries Transparency Initiative national council and local community representatives participated, as well.

These discussions revealed that local communities are using published contracts to monitor commitments and hold companies accountable for what they have promised. Rather than being a drag on operations, companies and the central government reported that these monitoring activities have actually improved community relationships, making their work much easier. A summary of key lessons learned from such monitoring activities and other capacity building efforts is highlighted in Local Level Agreements in Mongolia’s Resource Sector: Lessons Learned and the Way Forward. (The report is also available in Mongolian.)

Within EITI, the initiative’s board agreed to significantly improve the EITI requirements on contract transparency in Kyiv in February. Once the board ratifies it at the EITI Global Conference in June, the new EITI standard will include a requirement for implementing countries to disclose all contracts and licenses that they grant, enter into or amend from 1 January 2021. It also includes an expectation for EITI multi-stakeholder groups to agree and publish a plan for disclosing contracts.

If the recent flurry of activity is anything to go by, the prospects for comprehensive contract transparency in Mongolia are good.

Rob Pitman is a governance officer with the Natural Resource Governance Institute (NRGI). Dorjdari Namkhaijantsan is the Mongolia manager with NRGI.