In addition to the leadership role with AFRIM, Starjoan is the Mindanao civil society representative on the board of the Philippine Extractive Industries Transparency Initiative. The Mindanao region is a major metals producer in the Philippines, with copper, gold, nickel and cobalt deposits.

Mindanao has witnessed violent conflicts and is experiencing a very fragile peace process because of the historical injustice various groups, especially the Bangsamoro, suffered for generations, Starjoan said in an interview on the sidelines of Advancing Accountable Resource Governance in Asia Pacific, an annual course that brings together experts from across the region to discuss pressing oil, gas and mining issues. 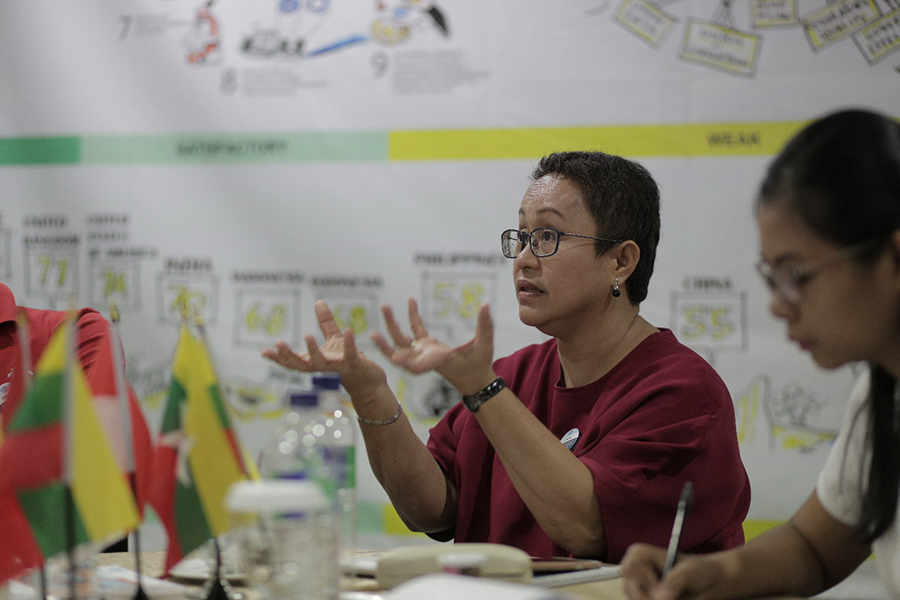 Central to such conflict is unresolved governance issues with Mindanao’s natural resources, Starjoan said. But she also argued they might serve as a source of peace.

Max Brett: How did you get involved in resource governance issues?

We were trying to build the capacity of local fishermen along with their local governments to manage mangrove rehabilitation and education. In the process, we also tried to come up with alternative livelihoods for them.

What are the biggest obstacles you see for resource governance in Mindanao?

Mindanao has major issues in natural resource governance—specifically mining. Most of the investments are significantly affecting ancestral domain areas. And [Mindanao has] the most of indigenous people’s groups in the Philippines.

Describe some of the nuances of the natural resources debate in Mindanao.

AFRIM is being more sensitive as a nongovernmental organization that helps communities vulnerable to mining operations. At some point, we realized that amid numerous environmental and social concerns, there are community members who are not against mining.

One can strongly argue that the government is falling short in its obligation to provide access to basic social services. Mindanao’s share from the government revenue is not enough to address all the needs of the people. This is especially the case in resource-rich areas where AFRIM works, where the poverty incidence is very high. That highlights the need that for this industry to be relevant, it must contribute to local economic development and poverty alleviation.

What’s your take on the Philippine Extractive Industries Transparency Initiative?

It’s the first platform in our country where I get to see, face to face, the powerful actors behind the industry. A lot of demonizing, pointing fingers at these companies happens when you don’t see them—especially at the local level. Local communities [typically] are airing their grievances not to the companies but to civil society organizations and local governments.

What are the major struggles and successes of EITI in the Philippines?

Well, we saw it survive from one administration to the next. [The Philippines joined in 2013 and its membership was validated in 2017.] But we feel that we need more teeth. So we are pushing for an EITI bill, so it no longer exists simply by executive order. So that it cannot be hijacked by any biases from one government to the next. So that it will not be voluntary. So that all mining companies will be forced to participate. Because right now it’s only voluntary.

All companies operating in the Philippines should be transparent, should make disclosures at subnational levels—not only at the national level—and should be accountable. Contract disclosure is part of that. I spent almost two decades on advocacy work and had not seen contracts between companies and communities. But this is the first time, through the EITI process, that this information has been disclosed.

More stringent laws and stricter regulations that would demand more transparency and accountability on the part of the companies is the way to go. It’s really full of challenges. As civil society organizations, our challenge is convincing environmentally inclined groups to support EITI. What we’re trying to say is, “Look at the data being disclosed and use it in your advocacy.”

This interview has been edited for content, clarity and length.

Max Brett is a communications officer with the Natural Resource Governance Institute (NRGI).