Supporting Just Transitions in the Oil and Gas Sector in Africa: The Role of External Actors 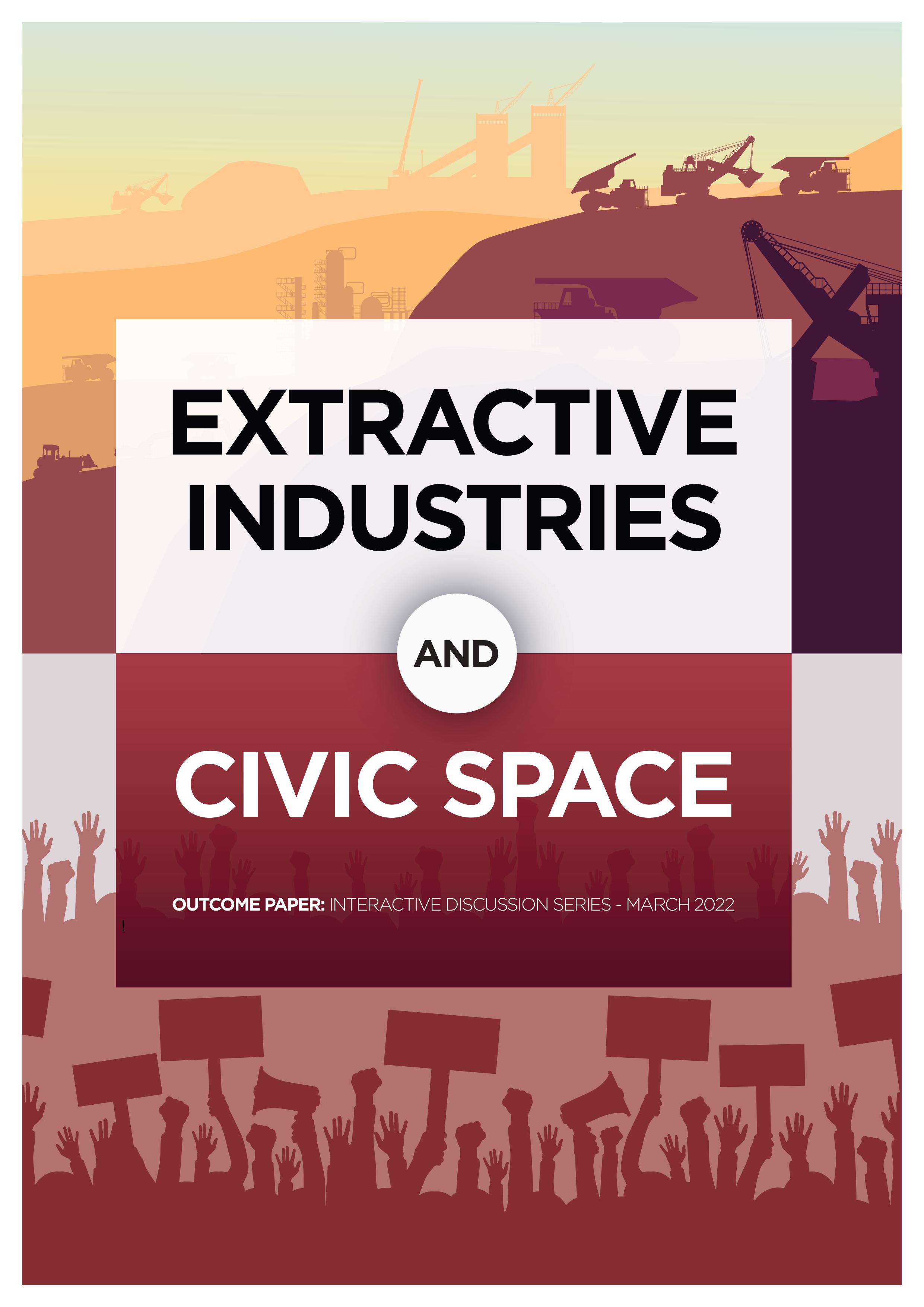 Download
Extractive Industries and Civic Space Outcome Paper (PDF 3.93 MB)
Author
Suneeta KaimalPeter Newell
Topics
Energy transitionCivic space
Social Sharing
The climate imperative to reduce production and consumption of fossil fuels is well recognized. But what is less well understood and supported is the need to ensure that the world’s poorest citizens, many of whom live in resource rich countries, are not left behind. A just transition—one that addresses the development, energy and economic needs of this population in a fair and inclusive manner—is essential both to the wellbeing of people and to the future of the planet.

Because of the trade-offs required, and the diversity of objectives, views and pathways involved, there is growing recognition that achieving just transitions requires widespread, inclusive and democratic deliberation. Yet traditional models of participatory decision making and transition options often draw on experiences in wealthy liberal democracies. They rest on key assumptions that do not apply elsewhere: the existence of a strong and well-resourced state able to provide retraining and compensation, an engaged and responsive private sector, a well organized labor movement, and spaces where informed and capacitated civil society can meaningfully engage without fear of violence. Few resource-rich African countries meet such requirements. Yet the fundamental shift in their economic and development models implied by energy transitions will not be possible without an active and informed debate between citizens and policymakers: a reimagining of just transition through open and inclusive dialogue. IDS and University of Sussex research on “Making Space for Dialogue on Just Transitions in Africa’s Oil and Gas Producing Regions” with partner organisations in Nigeria, Kenya and Mozambique explores how citizens are making their voices heard, despite challenges, through a variety of invited and claimed spaces of participation. These include participation in national strategies and visioning exercises such as “Which way Nigeria?”, combining engagement with transnational governance processes such as the Extractive Industries Transparency Initiative (EITI) with local protest strategies in Mozambique, and legal activism to resist particular energy infrastructures such as the Lamu coal plant in Kenya or to press demands for compensation from oil companies in Nigeria. Support by external actors such regional and multilateral development banks, donors, civil society organizations, and investors can play a key role in accelerating and amplifying these efforts. A webinar on March 9 explored the obstacles to and opportunities for doing so.

As climate action is an increasingly hot topic for funders, there is a risk that efforts to support just transition focus on setting up new platforms and mechanisms, rather than leveraging what already exists. Funders can invest in pivoting and re-energizing existing platforms, mindful of the limited bandwidth of civil society actors. For example, in Ghana, the “Alliance of CSOs Working on Extractives, Anti-Corruption and Good Governance” has successfully evolved to work with the new National Energy Transition Committee, calling for more inclusive and open dialogue on Ghana’s energy transition journey.

A key challenge is that elite policy makers are hatching initiatives with global implications in relatively closed spaces with little if any consultation or engagement with civil society at the national and local levels. Examples include announcements from the governments of Nigeria and South Africa at the last COP in Glasgow. In bridging this gap international CSOs and funders can play a helpful role in connecting partners at the national or local levels to regional institutions and international institutions and transnational coalitions (such as the Open Government Partnership Civic Space Learning Network and the OECD Civic Space Observatory). There are also new international efforts to define a viable pathway to a just transition, including the Beyond Oil and Gas Alliance, the Civil Society Equity Review, the OECD Equitable Framework and Finance for Extractive-based Countries in Transition (EFFECT), the Fossil Fuel Non-proliferation Treaty initiative and a recently released Tyndall Centre report. Leaders of these efforts should form strong connections to civil society actors from resource-rich countries to amplify—not replace—local voices and ensure that governance and participation are at the heart of these efforts. Just transitions are often inhibited by strong vested interests wanting to preserve the status quo and resist change, or those who seek to capture transition opportunities for their own benefit. A just transition must challenge incumbent actors’ control of decision-making. Funders can support work to identify and map vested interests and how to confront them, help local actors to improve representation on key committees and decision-making processes, and invest in initiatives to clean up political party donations and revolving doors between energy companies and state regulators.
The next major COP in Egypt later this year represents a huge opportunity for African countries and civil society—and those that support them—to advance a vision of just transition and a set of strategies for achieving it than ensures not only that no one is left behind, but that longstanding inequities are remedied. This means acknowledging and addressing historical injustices as well as supporting and financing future low carbon energy pathways for African countries currently reliant on fossil fuels.

Learn more about on the outcomes of related interactive webinars exploring extractive industries and civic space.

Suneeta Kaimal is the president and CEO of the Natural Resource Governance Institute (NRGI). Peter Newell is a professor of international relations at the University of Sussex.