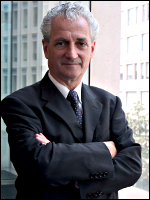 Daniel served as NRGI’s president and CEO from 2012 until February 2020. He is now an NRGI president emeritus and a member of NRGI’s advisory council.

An economist, Daniel is a pioneer in governance and anticorruption worldwide. He has held leadership positions in the field, and has, with his teams, devised innovative approaches to measure and analyze governance. He has deep practical experience in providing high-level policy advice and helping countries to formulate and carry out governance reforms in areas such as anticorruption, transparency and natural resources.

He was a member of the Extractive Industries Transparency Initiative (EITI) international board from 2013 to 2019, and has served in various international advisory bodies, including the Organisation for Economic Cooperation and Development Secretary-General’s High-Level Advisory Group on Anticorruption and Integrity and the Inter-American Development Bank’s Expert Advisory Group on Transparency. Previously, he was a senior fellow at the Brookings Institution, where he remains a nonresident senior fellow. He was also a director at the World Bank Institute. He has advised leaders in government, international organizations and civil society on governance and has been widely published in academic and policy journals and in the media on various areas of economics and governance.

During his tenure at NRGI he worked with colleagues on evidence-based strategic priorities in the field of natural resource governance, and has been an advocate for major shifts in the field. He is frequently associated with jointly authored innovations such as the Worldwide Governance Indicators (WGI), the Resource Governance Index (RGI), as well as with the development of the governance notions of “legal corruption” and state capture.

He is often featured as a guest expert in major media outlets, and has authored articles in the Financial Times, Finance & Development and other leading publications. His scholarly publications are widely used and referenced.

Daniel, a Chilean, received an M.A. and Ph.D. in economics at Harvard University, and a B.A. in economics and statistics from the Hebrew University of Jerusalem. Email Daniel or follow him on Twitter.

Time to Pivot: The Role of the Energy Transition and Investors in Forging Resilient Resource-Rich Country Outcomes

Business as Usual Is Not an Option: The Future of Natural Resource Governance

What the Pandemic Reveals About Governance, State Capture and Natural Resources

Amid the Pandemic, a Perfect Storm Challenges Anticorruption and Natural Resource Governance

Caremongering in the Time of Coronavirus: Random Acts of Kindness, and Online Enrichment