Thermal Coal in Colombia: Perspectives and Risks for the Economies of La Guajira and Cesar Departments 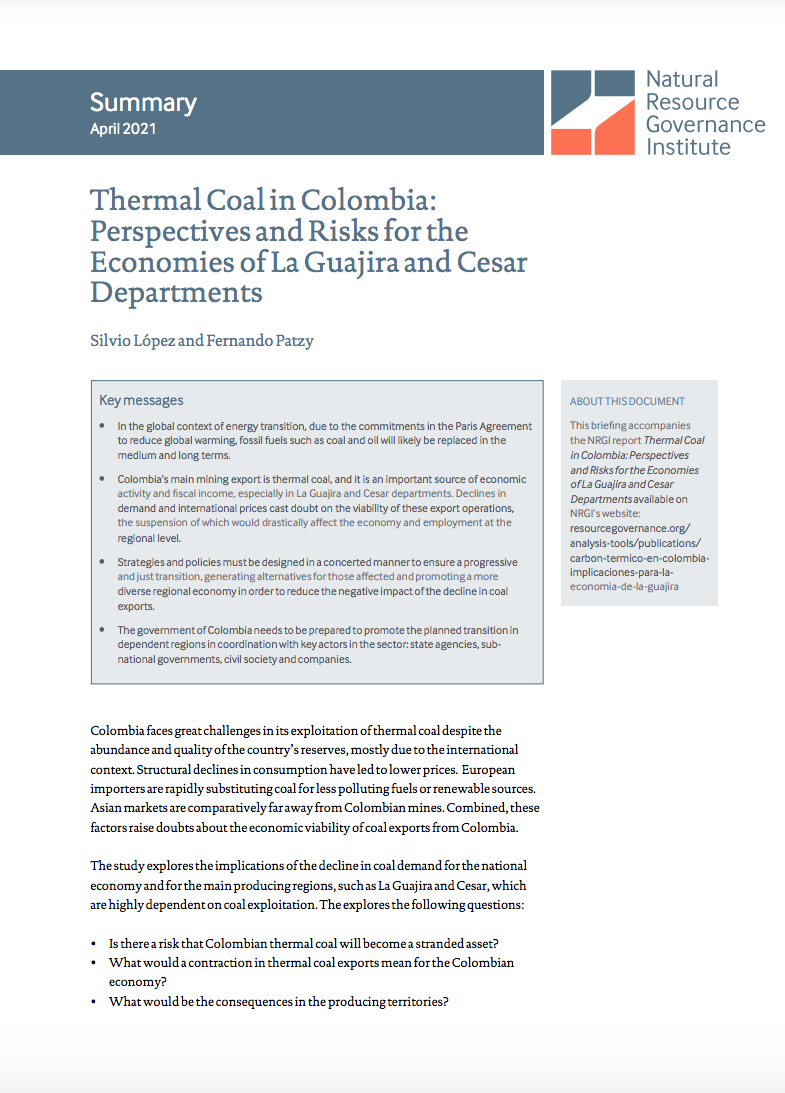 The exploitation of thermal coal in Colombia faces great challenges despite the abundance and quality of the country’s reserves. The main challenges are due to the external context: the downward trend in prices due to the structural drop in consumption due to the rapid substitution of coal for less polluting fuels or renewable sources in the European market, coupled with the great distance to Asian markets, have raised doubts about the economic viability of coal exports from Colombia.

Colombia could be one of the first countries to suffer from the contraction in global demand for thermal coal, because its main markets are Turkey (23 percent) and the Atlantic ports in Europe (19 percent), two markets where demand will likely diminish in the short term. The contraction in demand would have various effects on the country’s economy, as it is the second-most important export (after oil), an important source of royalties and one of the main axes of the economies of La Guajira and Cesar departments.

This study analyzes the implications of the decline in coal demand for the national economy and for the main producing regions, such as La Guajira and Cesar, which are highly dependent on coal exploitation. The study explores the following questions:
The contraction of coal exploitation would have important consequences for tax revenues and exports, as well as for the economies of Cesar and La Guajira. Therefore, officials should start planning for a “just transition” away from coal, which may soon become a stranded asset without economic prospects.