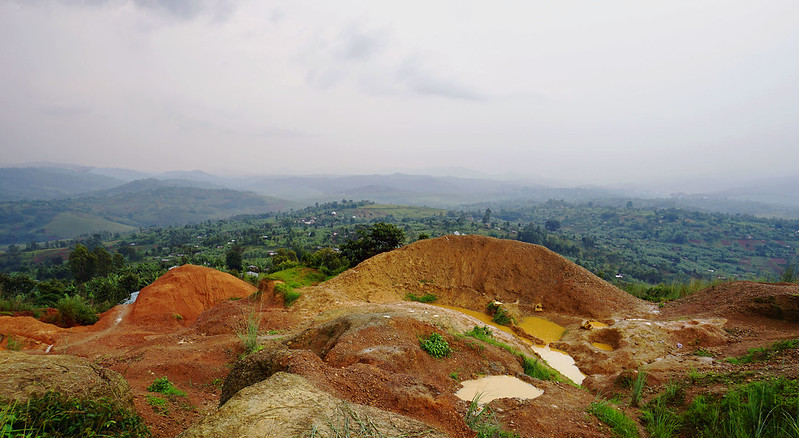 The Democratic Republic of Congo (DRC) is among the countries in sub-Saharan Africa most affected by the novel coronavirus. Unlike other countries, the DRC is not only coping with the COVID-19 pandemic but also with the resurgence of Ebola in North Kivu. In addition to these crises, there is an acute economic crisis. The World Bank and the International Monetary Fund (IMF) predict the recession of sub-Saharan African economies and therefore a need of billions of dollars in stimulus.

Importance and vulnerability of the extractive sector

The global health crisis has weakened the DRC’s vital mining sector in particular; prices of copper and cobalt have significantly declined in recent months. The DRC’s economy depends heavily on exports of these mining products (see table below) which are so vital to global supply chains. Consequently, the restrictions imposed within these chains, dominated largely by China, could severely affect the Congolese economy.

Weight of the mining sector in the Congolese economy (percentage)

Sources: IMF consultation report September 2019 (for exports, GDP and budget) and EITI context report 2017 and 2018 (for 2016 income and employment in mining and petroleum)

The informal mining sector, which contributes 15 percent of production in the copper and cobalt sector, plays a particularly key role in the economies of the country’s mining regions. Indeed, as much as the industrial mining sector feeds the state budget, the artisanal mining generates livelihoods for the many artisanal miners, whose number is estimated between 600,000 and 1 million.

Impact of the pandemic on the mining sector

Restrictions and lockdown measures imposed abroad affect the supply of inputs and the provision of services and skilled labor required by the DRC’s mining industry. Glencore thus suffered a delay in the arrival of inputs for the construction of its DRC acid plant and had to dismiss more than 300 expatriate Indian employees, while part of its staff became technically unemployed. Other companies such as Kamoa Copper and Sicomines have quarantined their mines, which could lead to a cessation of production. This adds to the risk of falling global demand for certain minerals due to the economic response to the pandemic and foretells a significant impact on the performance of the DRC’s mining sector.

The Think Tank Congo Challenge, led by former prime minister Augustin Matata, predicts a 20 percent annual decline in government revenues from the copper, cobalt and petroleum industries, excluding revenues collected by state-owned companies. In the short term, the pandemic could more directly affect customs duties, which are, according to an NRGI study in progress, the mining sector’s most important contribution to the state budget. Local governments in producing regions which, since 2018, have received direct payments from mining companies will also be affected.

The crisis has arrived in an already precarious economic context. In early April, the Central Bank of Congo’s currency reserves stood at USD 693 million, barely equivalent to two weeks of imports. The government has lowered growth projections for 2020 to 1 percent from an initial forecast of 4 percent. The IMF predicts a contraction of 2.2 percent, the economy’s worst performance since 2002, and forecasts inflation to worsen, growing to 11 percent compared to an initial prediction of 5 percent.

As elsewhere in the world, the Congolese government has taken measures to limit the spread of the virus and protect the country’s economy. President Felix Tshisekedi has established a multisectoral task force. The government has not yet released a stimulus package, but a budgetary response is out of the question as fiscal space and lines of credit are limited. (For January 2020, the state’s financial operations closed with a negative balance of CDC 136 billion, or USD 80 million.)

The government’s priority is to obtain debt relief and new loans, a process already underway with the World Bank, the IMF and the African Development Bank. In addition to debt relief approved by the IMF, allowing the country to save USD 20 million, the IMF has just approved a new fast credit facility of USD 363.3 million, which comes after a USD 368 million facility extended in December 2019, while negotiations for a more ambitious program are underway.

Officials may also consider a review of fiscal policy and possible stimulus, specifically to facilitate the import of the equipment needed to fight the virus and more broadly to mitigate the economic impact of the crisis. Similar measures had been taken in 2008 to curb the impact of the financial crisis on the mining sector.

However, officials should be careful about the effectiveness of a fiscal response to the mining sector. As the sector is heterogeneous in terms of the dynamics of various commodities (for example, gold is currently doing well) and mining projects, the impacts may vary from one sub-sector to another, and even from one project to another.

The pandemic is already affecting the DRC’s mining sector and, more broadly, the country’s economy, and citizens are likely to show their frustration. By providing answers to this crisis, the government should make transparency and accountability the pillars of its management. Such governance would allow all Congolese to appreciate all the efforts of the government, but even more their impact on the national economy and on living conditions.

Democratic Republic of the Congo (DRC): Initial Assessment of the Impact of the Coronavirus Pandemic on the Extractive Sector and Resource Governance