Mexico is a resource-rich country that has historically depended on oil. However, its oil riches appear to be a burden: the largest actor in the sector, Petroleos Mexicanos (Pemex), is the most indebted nationally owned oil company in the world.

The coronavirus pandemic and the drop in oil prices have severely impacted prospects for the oil sector globally. The current crisis offers a chance to look to the future and create the foundations for an energy strategy based on renewables. In Mexico, however, this seems far from decision makers’ minds, as the government has increasingly backed a development model based mostly in oil production.

In this post I analyze in the context of the coronavirus pandemic the state of Mexico’s energy transition agenda – including ambitions to increase renewable energy and the importance of building economic resilience in anticipation of a long-term decline in the value of fossil fuel exports. I track the government’s recent moves around energy and discuss some contradictions. The biggest of these is the clash between the energy transition agenda and the current administration’s ambitions for Pemex as an agent of Mexico’s economic development.

Pemex and the pandemic

In April, Mexico’s national oil company (NOC) Pemex reported USD 24 billion in quarterly losses. This dramatically accelerates the company’s pre-coronavirus trajectory: Pemex recorded a net loss of USD 18 billion for all of 2019 (equivalent to about 25 percent of its sales volume for the year). As April went on, COVID-19 cases started soaring across the country. Despite initial mixed messages, the government instituted a lockdown that lasted until mid-June. To date, the country has registered more than 70,000 deaths due to the coronavirus (and excess mortality is likely to be much higher). Amid the pandemic and the crude price collapse, the International Monetary Fund forecasts that Mexico’s GDP will fall by 10.5 percent over 2020.

Since the beginning of his administration President Andrés-Manuel Lopez-Obrador has pushed an economic agenda that prioritizes the “rescue” of Pemex. The administration’s vision for the energy and hydrocarbon sectors is rooted in a deeply nationalistic sentiment regarding the role of the state in the control of strategic national resources, notably oil. Well into the second year of the administration, the government’s struggle to turn Pemex around has been well documented. Now, with the pandemic in full swing––and no relief in sight for oil producers––there are reasons to question this strategy.

First, will the global response to the crisis be a determining factor in accelerating the global transition to more environmentally friendly sources of energy? While such progress is necessary for the world to meet critical carbon-reduction targets, it poses threats to oil producers such as Mexico. In Mexico, the looming need for energy transition is bringing increased scrutiny of the government’s plans. The propping up of Pemex as the economic backbone of the country could entail huge risks for Mexico’s overall financial stability.

All oil companies face the risk that the money they spend today on new projects will not deliver a strong return if global energy transition results in a long-term decline in oil prices. Pemex is no exception. One key is the “breakeven price” for new projects. Worldwide, many oil companies are revising their long-term price assumptions downward, with BP recently projecting an average price of $55 per barrel for the 2021-2050 period. Many NOCs, including several in Latin America, are contemplating investments with breakeven prices above that threshold. And third-party estimates of the long-term price necessary for the world to achieve global climate goals are even lower.

The average breakeven price across Pemex’s overall portfolio is not as costly as that of some of its peers. If there is no effective change to the current global approach to climate change, and oil prices return to a long-term level of $70 or above, then all or most of Pemex’s future upstream investment could be viable. But if global action or technology change do result in a significant long-term decline in the value of oil––as would be the implication of some International Energy Agency scenarios (see table below)––then Pemex is risking that tens or hundreds of billions of dollars in spending on upstream assets will fail to generate sufficient returns for the people of Mexico.

The viability of projects is not evenly distributed across the company’s portfolio. It is the most expensive, highest-risk projects––including those involving deep-sea operations––that are most at risk. It is these kinds of projects have been the most heavily hit by expense cuts during the pandemic.

The government is also betting heavily on improving the refining capacity of the country to end its dependency on imported gas and diesel. With an approximate cost of $9 billion, the Dos Bocas refinery is one of the administration’s flagship projects. This project is owned by Pemex but is being built by the federal government. The government calculates that operating the Dos Bocas refinery for the next 20 years will cost Pemex $31.3 billion. Officials have stated that this infrastructure will have a profitability margin of 13 percent. However, analysts believe that the project will be profitable only if Pemex rules out returning the money invested by the federal government.

The Mexican government has also taken on the challenge of keeping afloat a company with systemic debt problems. The debt amassed by the state-run company reached unsustainable levels in recent years, rising above $105 billion in 2020, more than any other oil company in the world. Pemex owes a great chunk of this debt to its pensions system, which covers more than 130,000 pensioners with payments that far surpass their original salaries. Adding to its debt problems, Pemex’s crude production has steadily fallen since the mid-2000s; currently output is 1.6 million barrels per day, half of what it was in 2004. Pemex has become “too big to fail” within the Mexican economy and political system , with concerns that its challenges could infect the broader economy. This has led to costly bailouts by the government. 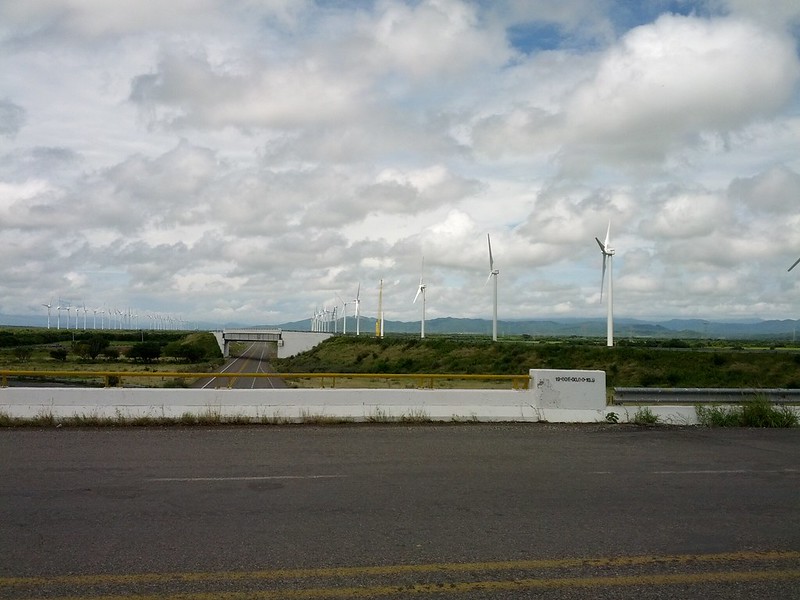 Two steps back on renewables

The populist Lopez-Obrador administration has blamed past governments for Pemex’s current woes, suggesting an earlier plot to undermine the state-run company by a neoliberal elite of politicians, private companies and technocrats. According to the current administration, the peak of this crisis was the Energy Reform Act of 2013, which opened the sector to private companies. Fueling this narrative, the Lava Jato scandal has put the wrongdoings of Pemex’s former director, Emilio Lozoya, in the spotlight. The federal government is prosecuting Lozoya for receiving bribes from the Brazilian company Odebrecht during Mexico’s Peña Nieto administration. He is also being investigated for alleged oil theft and for overpricing acquisitions of Pemex.

In 2008, Mexico’s government created an energy transition roadmap, the National Strategy for Energy Transition and the Adoption of Sustainable Energy. In 2018, the previous government reformed the existing General Law of Climate Change (2012) and included a new milestone of 35 percent adoption of renewable energies by 2024. Aside from opening up the oil sector, the 2013 energy reform also revamped Mexico’s energy transition strategy, setting new milestones and opening the renewable energy sector to private investors.

Mexico’s renewable energy projects date back to 1994. Today 25 percent of all energy consumed in Mexico comes from renewable sources. But activists and civil society organizations have heavily criticized the implementation of Mexico’s energy transition strategy for land and human rights violations in its execution, and have accused several of the private companies that have invested in this sector of infractions. The most recent case became public in 2019, when the Zopoteca people of Oaxaca denounced Spanish company Enovalia Energy-Demex for harassing and threatening its leaders who had campaigned against its wind project.

However, in April the Mexican government more directly increased pressure on the renewables market. At the direction of the Ministry of Energy, the National Center of Energy Control (CENACE) decided to postpone scheduled tests of new solar and wind infrastructure for an indefinite period. These projects had been slated to come online to the Mexican energy grid and involved billions of dollars in investments.

According to the Mexican Association of Wind Energy (AMNDEE) the decision affected 44 renewable energy projects. The agreement also prompted a quick response from the European Union and Canadian delegations, who urged the government to reconsider its decision. On 15 May, the secretary of energy published another agreement giving the state-run energy company CFE new powers over planning and control over the entire electric grid. It also stated that the company will no longer carry the energy supply coming from renewable energy projects operated by private companies. The Mexican media named these series of actions against private renewable projects the “energetic coup.”

You say you want a revolution…

While the current administration asserts that empowering state-owned enterprises is in the best interests of Mexican people, Pemex’s losses and debts suggest otherwise. In this context, the government has not shown any sign of changing the course of Pemex’s original business plan or its risky bets to develop refining infrastructure.

Still, the government has reiterated its promise to achieve the clean energy milestone by 2024 and to respect the existing private operations. However, the way forward is still unclear as the government hasn’t given any indications of accelerating this agenda with concrete measures. To the contrary, in practice it continues to defund and undermine the regulatory bodies whose mandate is to keep on track the commitments from the private sector in strategic areas such as energy.

The Mexican government should be open about the tradeoffs of bailing out Pemex, especially given citizens’ demands for this government to represent a break from the approach of past administrations. The secretary of finance should clearly explain the policy of betting on increased oil production and how the government will be able to do so without risking taxpayers’ money.

Lopez-Obrador sees his administration as a paradigm shift, calling it the “fourth transformation,” thereby comparing it in significance to earlier flashpoints of reform and revolution in Mexican history. The pandemic does offer Mexico’s government a chance to make its mark and attain historical recognition for ushering in change for the country. But its ambitions for troubled Pemex are misdirected; now is the time to think about oil and energy in a truly revolutionary fashion that avoids throwing good money after bad.