The proposed move would fulfill a disclosure requirement in the Tanzania Extractive Industries Transparency and Accountability Act of 2015, known as the TEITA Act.

Minister of Minerals Doto Biteko made commitment on 19 June at the Extractive Industries Transparency Initiative Global Conference in Paris. The commitment follows the adoption of the new EITI Standard, which mandates all 52 implementing countries publish contracts and licenses signed after January 2021. 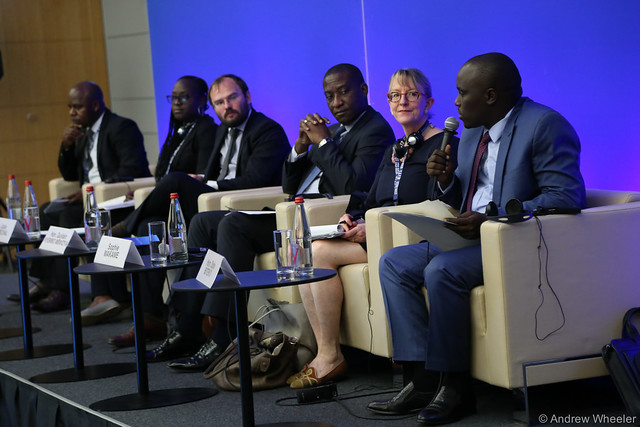 Disclosure of mining contracts will have several benefits for Tanzania. Critically, it will help rebuild trust between citizens, government and companies. For years, secrecy around the contracts has fueled suspicions that the country has unfairly lost out in its deals with companies. These concerns recently culminated in sweeping reforms.

Contract disclosure will also incentivize negotiators to ensure future deals are more beneficial for the country—they will know that whatever they agree to on behalf of Tanzania’s citizens will be subject to public scrutiny.

However, Tanzania must get disclosure right in order to provide space for public oversight and to rebuild trust.

Contracts contain many detailed and interlinked terms. Publication of full-text documents—without redactions or omissions—is important to avoid the misrepresentation, misunderstanding and mistrust that might arise when incomplete or inaccurate summaries of contract documents are produced. Likewise, disclosure needs to extend to annexes further explaining contract terms, and amendments that modify contract terms.

“The TEITA Act provides space for companies to request redactions,” our colleague NRGI senior Africa officer Sophia Rwegellera has said. “But we would strongly recommend limiting the use of this provision in all but the most extreme cases.”

Redactions are not in line with EITI requirements specifically calling for “full-text” publication. Furthermore, the norm in other countries has been to publish full-text documents. Indeed, an assessment by NRGI in 2017 found that out of 29 countries that disclosed extractives contracts, only one country, Timor-Leste, had found redaction necessary.

Now that the government has committed to contract disclosure, Tanzanian citizens will be keen to access them as quickly as possible.

“Given Tanzania’s compliance with the EITI Standard will be decided on at the next EITI board meeting in October, immediately moving forward with these disclosures is particularly important,” Rwegellera said.

The minister noted in his statement that the Natural Resource Governance Institute will assist in setting up the portal. NRGI looks forward to working with the government on this process and help it to achieve its goal of a more transparent mining sector that fully benefits Tanzanians.