Around the World, NRGI Works to Strengthen Women’s Participation in Resource Governance

Players in the resource governance movement has been working incrementally on the subject, from Publish What You Pay’s Extracting Equality – A Guide to Oxfam America’s position paper on gender justice and extractive industries to gender commitments recently integrated into the 2018 Extractive Industries Transparency Initiative (EITI) workplan. Although NRGI has had a gender policy in place since 2015, it is the organization’s country staff who are taking the organization’s first real steps on integrating women’s consultations into project design and research and measuring extractives’ impact on women and empowering their participation.

In NRGI’s Latin America office, program associate Lorena De la Puente Burlando is leading innovative research to understand the differentiated impacts of mining and hydrocarbons on women and men, using statistical data from six countries. The project is about to enter its field study phase, in which researchers will gather qualitative data from women in the highlands of Peru. 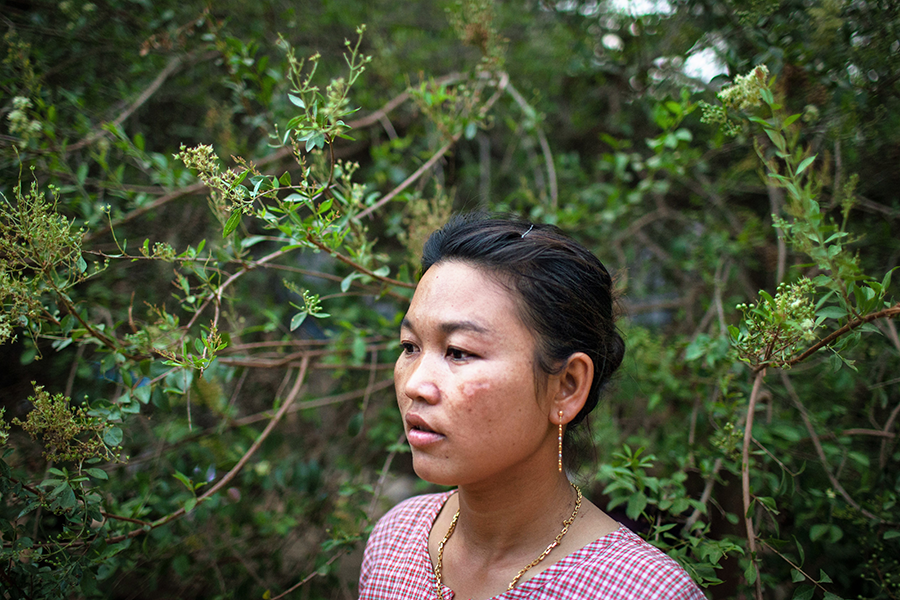 “If we want to improve extractive industries governance, gender is a crucial variable to consider when designing public policies,” she said. “Without a gender lens, government initiatives to prevent and mitigate the impacts of extractive industries might overlook the different views about natural resources or development between men and women.”

In a recent visit to a town near Cusco, Peru, she found that “women’s organizations’ agendas revolve around the increase of gender violence and the negative impacts of mining on their access to water and land.”

In the Democratic Republic of Congo, NRGI is planning research on the gendered impact of mining in Katanga and how these impacts can be better addressed in the legal reform of the mining regulation act.

Compared to other countries in the region, Tunisia has stayed relatively stable through its democratic transition and is reducing gender gaps in many areas. Nonetheless, some of the largest development gaps are found in resource-rich areas. This is the subject of a new NRGI project on local impact in the phosphate-rich Gafsa region, which has brought a gender lens into both project design and impact assessment.

“Although Tunisian women’s impact in the sector is still limited, women journalists are now covering issues related to governance,” Tunisia program officer Wiem Melki said. “Women parliamentarians are calling for transparency during hearings, women in civil society are part of EITI and women in government are working in diverse initiatives such as the Open Government Partnership, anticorruption and also the Ministry of Energy.”

Data is also a big part of NRGI’s work and a field where the lack of diversity and persistent gender gaps are well known: women and girls are less likely to get into data science or software development.

“The persistent difference in skill has implications for who accesses the data and analysis,” NRGI data scientist Hari Subhash said. “This is generally something with which the data space struggles and has considerable implications in terms of the questions we decide to ask using data and the way we present our analysis.”

NRGI’s Nigeria country program is working to counter this dynamic by increasing female participation in its Media for Oil Reform fellowship and seeking other ways to integrate gender into its media work.

At the global level, a NRGI gender thematic group supports the work of our colleagues and captures lessons learned to be shared. Members of the group are working to disseminate new research on a wide range of impacts of the extractive industries, based on literature and case studies from around the world, to help the movement to understand the mechanisms through which the industry impacts women’s welfare, opportunities and choices.

On this International Women’s Day, we are inspired by our global colleagues, who through diverse, context-specific projects are working to improve the participation of women in resource governance.